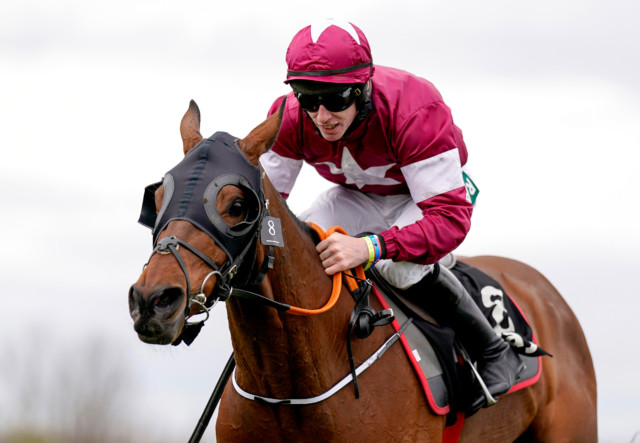 TIGER ROLL is set for a shock Sandown run on Saturday in the Oaksey Chase.

The double Grand National winner is said to be in ‘fantastic’ shape – despite his recent Aintree flop.

Tiger Roll could make a surprise appearance at Sandown on Saturday

Tiger Roll’s connections were investigated by stewards after the horse was deemed to have been subjected to a ‘tenderly handled run’ when beaten 92 lengths in the Betway Bowl.

Prior to that, the iconic horse was a convincing winner in the Cross Country Chase at Cheltenham Festival.

Now the horse, owned by Ryanair boss Michael O’Leary, is primed for a surprise run in the Oaksey Chase at Sandown on Saturday.

Tiger Roll was among seven entries for the extended 2m6f Grade Two contest.

The 11-year-old has also been entered into the Punchestown Gold Cup on April 28.

Rumours continue to swirl about a possible retirement for the Gigginstown House Stud hero.

His owners disappointed fans by pulling him out of this year’s Grand National because of a spat over the weight the horse would have to carry in the race.

That robbed the horse of the chance to match the record of three Grand National wins set by Red Rum.

But he could finish off his season with a run at Sandown or Punchestown in Ireland.

Lisa O’Neill, stable representative at Cullentra House, said: “Tiger Roll is still on the go and Gigginstown House Stud are keeping all options open before letting him out to grass, but nothing is set in stone yet.

“There is the possibility that Denise (Foster) might have something for him at Punchestown as well, but nothing has been decided.

“He seemed to just be very out-paced mid-race at Aintree but he stayed on at the end. He came back from Aintree safe and sound and that is the main priority.

“He still regains plenty of enthusiasm and is in fine fettle.

“He came out of his race at Aintree in fantastic order. The horse owes us nothing with what he has already achieved.”