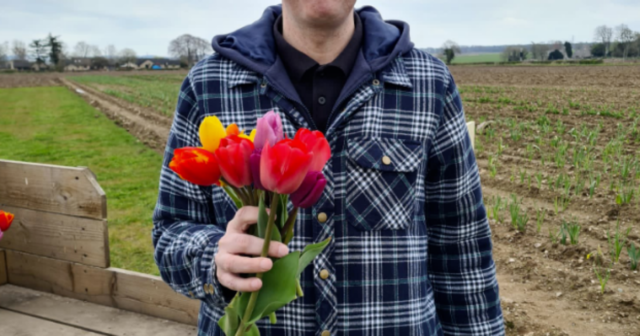 RACING has united in love and support for popular punter Graeme Dand – as he posted a heartbreaking message amid his cancer battle.

Proud dad-of-three Dand has been tracking his journey on Twitter after being diagnosed with terminal bowel cancer on June 9 last year.

The racing community has been united in its love for Dand, a popular punter who has been documenting his cancer battle

A shrewd bettor with a sharp mind for finding winners, Dand, who wrote under @theformanalyst, said now was ‘the time to say goodbye’ in a series of devastating messages.

He wrote on Monday: “Getting weaker by the hour. Body fighting it but cancer killing me by the minute. Not in any pain, just slowly fading away.

“Totally bed bound, can’t get up for anything. Legs given in with many more bodily functions.

“Thanks for all the love and support the last 10 months, kept me going but now is the time to say goodbye.

“I’ll miss you all and please try to take one good trait I have and take in into your lives to enhance it.”

A Just Giving page set up to support his family smashed its target of £2,500 within a couple of hours and has raised more than £8,500 at the time of writing.

Some big names in the sport replied to Dand’s messages thanking him for the bravery he has shown with his illness.

TV presenter Lydia Hislop said: “I’ll miss you, Graeme. You did a good and brave thing by sharing your experience. Best wishes to your family.”

A message from the account of training partnership Fergal O’Brien and Graeme McPherson read: “We can spend a lot of time arguing on Twitter and overlooking that most of it is totally futile

“Graeme’s last tweet reminds us of the really important stuff. Love to him and his family.”

Highly respected tipster Tony Calvin posted: “Wouldn’t have thought it possible that a man very few of us has ever met could have made such an indelible impression on so many of us.

“In sheds of tears here at the marvel of the man. Let’s not forget him.”

While another follower wrote: “Your courage has been an inspiration over the last few months.”

Dand, who was moved into a hospice last Friday, has always shown brilliant self-deprecating humour throughout his battle.

He has gained more than 4,000 followers with the candidness of his messages and ability to laugh at himself.

But in recent days it was clear the cancer had taken its toll and earlier this month he wrote: “My body has been ravaged the last 4 weeks and I’ve been battling away fighting everything else, the cancer has been making hay whilst the sun shines.

“Body is no longer capable of fighting it.

“Nothing more to say (too tired) but I think everyone knows how hard I fought this and it absolutely breaks my heart that this this is the end but thank you for the support throughout the journey. I’ve really appreciated it.”

Dand never lost his self-deprecating humour during his illness
Did you miss our previous article…
https://www.sportingexcitement.com/horse-racing/matt-chapman-charlie-applebys-thinking-makes-him-the-best-trainer-in-world-and-which-of-his-stars-can-beat-baaeed/
Advertisement. Scroll to continue reading.
In this article:dand, heposted, inlove