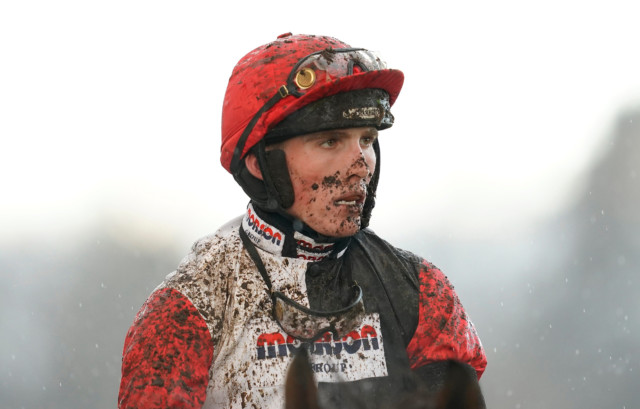 HARRY Cobden has vowed to throw everything he has at the jump jockeys’ title.

The top rider, 22, has hit the ground running this season and is now just one winner behind reigning champ Brian Hughes after a 9-2 double at Huntingdon on Tuesday.

Cobden is now Evens for the jockeys title

Cobden brought up his half century of winners for the campaign aboard Master Tommytucker (4-5f) and Wild Max (2-1f).

He is represented by super agent Dave Roberts, the brains behind AP McCoy and Richard Johnson’s 24-year domination of National Hunt racing in Britain.

Coral have slashed his odds into Evens from 13-8 for a first jockey’s crown, with just Hughes (10-11) ahead of him, and as the stable jock to Paul Nicholls he has plenty of firepower to call upon.

Cobden told Sun Racing: “Winning the title is a real ambition of mine, no question.

“I had a chat with my agent Dave Roberts about it the other day. We’ve agreed we aren’t going to go silly just yet.

“We are just going to keep chipping away and try to get on as many good ones as I can and avoid the ones with less of a chance. Quality over quantity.

“Paul is right behind me and is very keen to help me win it.

“It goes without saying that keeping injury-free is important. And if I’m still in there going into the business end of the season I will go all out.”

He is set for an impressive book of rides at Cheltenham’s three-day November Meeting, which kicks off on Friday.

Saint Sonnet, seventh in last year’s Marsh Chase at the Festival on just his second start for Nicholls, has been all the rage in the betting for Saturday’s Paddy Power Gold Cup. 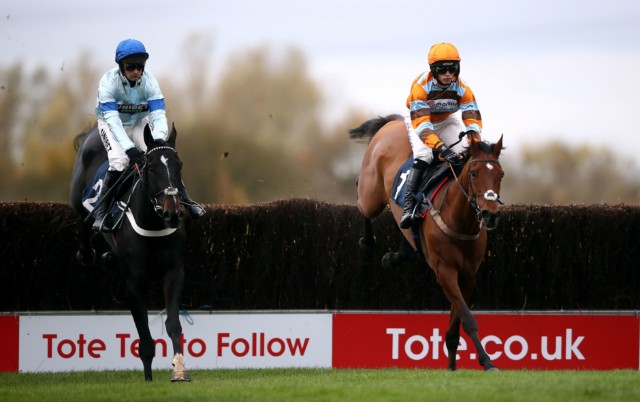 He is 4-1 favourite with the sponsors and Cobden reckons the horse can hit the all the right notes.

He said: “He came to us pretty late from France last year and he only had two starts but he showed plenty of class.

“Paul chucked him out in the field all summer and he got nice and big and has grown no-end. He has come back in and done some lovely work.

“He’s a really good jumper and travels well. He has a nice profile for the race and we are expecting a big run.”

Cobden also rides 6-1 shot Thyme White in the Greatwood Hurdle. The four-year-old won easily at Chepstow last time and Cobden reckons he’s one of his best chances of the weekend.

He said: “He’s probably the pick of my rides on Sunday and he has a massive chance.

“The form of his Chepstow win is solid. He is another one who has grown and improved over the summer.

“He reminds me a little bit of Old Guard. He was probably a little bit too keen in the Fred Winter last year when we fancied him. I like him a lot. The Greatwood is obviously a very competitive race but I like his chances.”

And the Nicholls yard will be on a fact-finding mission with new recruit Duc Des Genievres in the Shloer Chase on Sunday.

The seven-year-old won the Arkle in 2019 when trained by Willie Mullins but lost his way last season.

Cobden said: “We are going to learn a lot about him on Sunday. Whether he is still a two-miler or wants further we will find out.

“He has had a wind op and he seems in good order. He’d probably want a bit of rain before the weekend, but this is just a fact-finding mission.”

Advertisement. Scroll to continue reading.
In this article:Cheltenham, Chepstow, Huntingdon