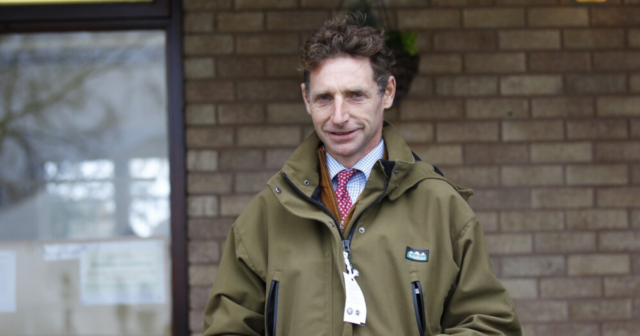 Just when you thought things were starting to simmer down, out of left field came trainer-turned-blogger Tom Lacey with a piece that would have even made Robbie Dunne cringe.

He stuck the boot into Bryony Frost, the BHA and the media before insinuating that trainer Jo Davis was somehow at fault for having an owner sexually harass her.

What a nice man. He later removed some of his atrocious views and offered an apology to trainer Gay Kelleway, who was also in his cross-hairs, but the damage was well and truly done.

Too many in racing are stuck in the past. It’s clear the sport’s problems are deep-rooted and spread far beyond the weighing room.

In truth, I’ve grown tired of all the negativity of recent weeks, as well as the idiots with prehistoric views who insist on dragging the sport through the gutter, so let’s keep things upbeat this week.

First things first, let’s take a moment to appreciate the legendary career of the one-and-only David Elsworth, who announced his retirement this week.

There is no question in my mind that he is the greatest dual-purpose trainer in British racing history – a quick peek at his record in 1990 tells you all you need to know.

A year that began with a Champion Chase success and ended with victory in the King George also contained an Irish 1000 Guineas, the Juddmonte International and Champion Stakes.

The man is a genius, and he will, of course, forever be associated with the great Desert Orchid.

‘Dessie’ cost just £600 to breed and was never expected to make much of an impact on the race track.

But, like his trainer, he had the heart of a lion and all the talent in the world.

And there was the small matter of victory in the 1989 Cheltenham Gold Cup, once voted the greatest race of all time by racing fans.

If you’ve been living under a rock and never watched the finish to that race, dig it out on YouTube. I’ve got goosebumps just thinking about it.

Dessie and ‘Elsie’ were made for one another – the self-proclaimed ‘miserable old bugger’ revealed recently: “Dessie was a miserable old sod as well.

“If you went into his box while he was eating he would chase you out. He was a proper horse.”

The 82-year-old has always had the gift of the gab and racing journos could rely on him for a golden line or two.

When asked about retirement in a Racing Post interview two years ago, he said: “Growing old is a bugger, but I’m alright. Sex four times a week helps.”

Now let’s look forward, as there is so much good racing in store in 2022.

Provided some new Covid-19 variant hasn’t come along and wiped us all out, crowds will return to the Cheltenham Festival in March.

The likes of Honeysuckle, Shishkin and Minella Indo stormed up the hill to eerie silence last season – hopefully they will be roared on by 60,000 come March.

Tiger Roll is still on the go and he could yet try to emulate Red Rum in the Grand National in April. We live in hope.

Charlie Appleby was dominant on the Flat this summer and with the likes of Coroebus, Native Trail and Hurricane Lane, he could sweep all before him again.

Stradivarius will return for another crack at the Gold Cup, the Queen could have a big chance in the Derby with Reach For The Moon, and the likes of Buick, Marquand and Doyle will compete for the jockeys’ crown in the likely absence of Oisin Murphy.

There will be storylines all over the place and plenty to enjoy. They don’t call this the great game for nothing.

Aren’t we Dunne yet?

NOW bear with me for a moment while I contradict myself, having just preached the need to be more positive.

But some jump jockeys are continuing to be uncooperative with the media, nine days after the Robbie Dunne verdict.

At Cheltenham last Friday, most riders refused to give any interviews in protest over the way the hearing was reported — and were angered when the media dared to question the culture of the weighing room.

Apparently some more senior members of the riding ranks are still keeping up this ridiculous carry-on.

When attempting to speak to a high-profile jockey this week, one who has had a good relationship with SE for years, I was told where to go.

It’s this sort of insular attitude that has contributed to a lot of the problems emanating from the weighing room.

The sport needs to pull together. Closing ranks to the public outside the sport at a time when openness is required is not a good look.