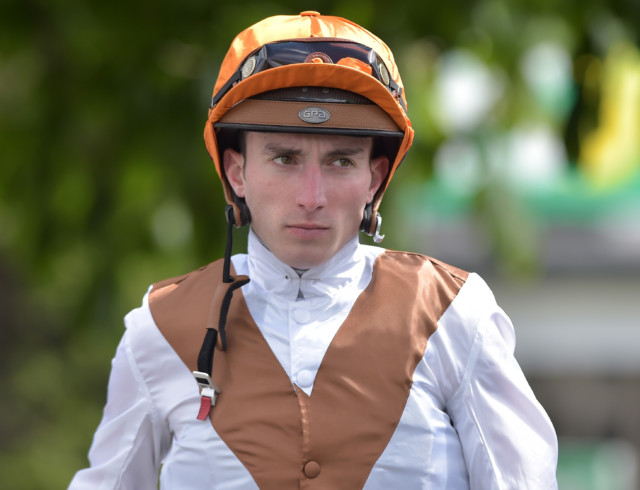 TWO jockeys including champion rider Pierre-Charles Boudot are in police custody after a new rape allegation, French media have reported.

Boudot and fellow rider Pierre Bazire were placed in custody with Chantilly police on Monday, the public prosecutor of Senlis confirmed.

A 25-year-old woman has accused Boudot, 28, of raping her at a party held in Cagnes-sur-Mer in February this year.

The allegation first came to light in March and Boudot’s lawyer claimed the jockey, a former Arc de Triomphe winner, had been the target of ‘threats’ for a year.

Boudot tweeted at the time: “I’m not surprised. I was threatened by the complainant’s family.

“Those who testified for me were harassed. Others pushed for a new complaint to be brought against me.

“I have absolutely nothing to reproach myself with.”

Justine Devred, lawyer for the complainant, told the AFP on Monday: “My client, a 25-year-old woman working in the equestrian world in Chantilly, went to a party.

“It is very likely that she was made to drink or inoculated products to annihilate her consent.

“She has flashes, big holes, times when her body was no longer responding.

“She had filed a first complaint which she had withdrawn.

“Finally she filed a complaint again after questioning the investigators.”

Boudot’s lawyer, Florence Gaudilliere, could not be reached for comment yesterday, but said in March: “My client has been the subject of threats for a year.

“We will demonstrate the innocence of Pierre-Charles Boudot.”

The allegation was made in October 2018 and dated back to August 2015.

Boudot has won the French Jockeys’ Premiership three times – in 2015, 2016 and 2020 – and has won more than double the races of his nearest competitor this season.

Did you miss our previous article…
https://www.sportingexcitement.com/horse-racing/bob-baffert-says-kentucky-derby-winning-horse-may-have-eaten-wee-tainted-hay-and-dq-would-be-down-to-cancel-culture

Advertisement. Scroll to continue reading.
In this article:Chantilly