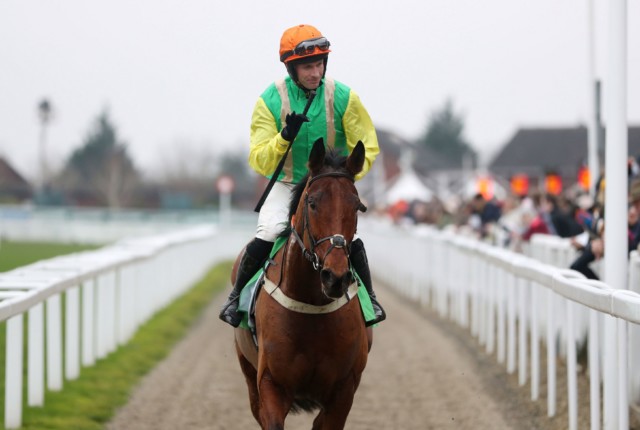 TOP jumps jockey Danny Cook could have to undergo surgery to his eye socket after suffering a horror facial injury.

The Cheltenham Festival-winning rider was taken to hospital on Saturday after a nasty fall at Market Rasen.

He was riding Ravenhill Road when the horse fell at the second last, with Cook being kicked in the face by a horse following on behind.

He received 60 stitches to his face and will return to hospital on Thursday for further X-rays, when he will find out the extent of the injury.

He said: “I’m feeling fine actually, not too bad.

“I’m going back for X-rays on Thursday, and that should give me a better indication of how long I’ll be out.

“I’ve had stitches to the face and eye, and I’ll get them out on Thursday, so I’m hoping I won’t be out too long.

“It’s my eye socket that took the brunt of the force.”

He contiuned: “I’ve got about 60 stitches in my face and I’ve got a horseshoe print from my cheekbone going around to above my eye and down the side of my nose.

“My lips needed stitching too, so there’s plenty there.

“There’s also a bit of broken nose and a fractured eye socket – but I don’t know if I’ll need an op yet until Thursday.”

Provided the injury is not as serious as feared, Cook is aiming to back in the saddle for Charlie Hall Chase day on October 31.