Top trainer devastated as £75,000 Royal Ascot trophies including one given to him by The Queen are stolen from home
Advertisement 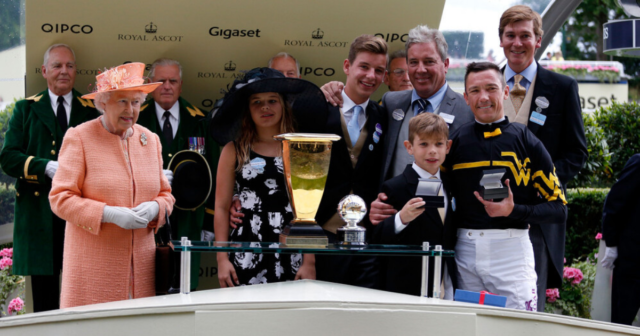 TOP trainer Wesley Ward has spoken of his devastation after Royal Ascot trophies worth £75,000 were stolen from his home.

The 12 trophies – one of which was presented to him by The Queen – were apparently pinched by an intruder.

Ward, third from right, was presented one of the trophies by The Queen
Police released this one photo of the alleged thief captured on the trainer’s Google Nest

Police have released a grainy photo of the thief in action and an investigation has been launched.

Ward, 53, who won the Diamond Jubilee Stakes with Undrafted in 2015, has earned just under £60million in his career.

But he says money means nothing compared to the sentimental value the gold and silver trophies hold, which included the Commonwealth Cup he won with Campanelle last year.

The trainer, who lives in Kentucky, US, told Lex18.com: “Those are my most precious gifts other than my kids.

“Being a country boy and being able to meet the Queen of England, it was certainly a memory that not only I but my kids will never forget.

Ward said he believed whoever stole the items had been staking out his house for a while.

He said he thought it was a planned attack and that the thief had sussed out when he would not be around on Tuesday morning.

Ward said: “They knew they had a certain amount of time where they could go in and come out.”

The trainer hopes they will be returned as he intends to pass them down to his children.

He added: “My oldest son has been going to Royal Ascot with me since he was ten years old.

Ward made history as the first American trainer to saddle a winner at the prestigious royal meeting in 2009.

Strike The Tiger won the Windsor Castle at 33-1 before Jealous Again won the following day for a quickfire double.

Lady Aurelia was perhaps his best-known horse in Britain.

Europe’s former champion two-year-old filly won the Queen Mary in 2016 and the King’s Stand Stakes in 2017. 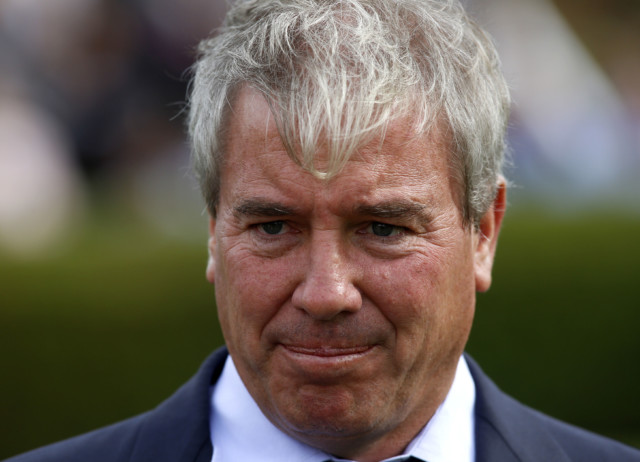