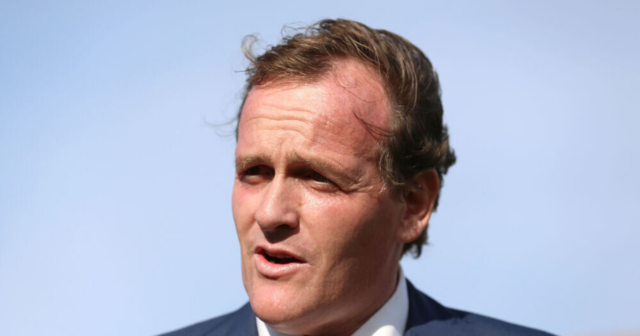 A TOP trainer is in hot water in bizarre circumstances after one of his horses tested positive for ARSENIC – after eating seaweed.

Richard Hannon gave evidence at a BHA disciplinary hearing on Tuesday after an elevated level of the highly toxic substance was discovered in Oh Purple Reign.

The horse tested above the BHA’s threshold for arsenic at Newmarket back in September 2019.

The former champion trainer denies any wrongdoing and said that seaweed – which used to be a regular part of his horses’ diet – can’t have been the sole cause.

That’s because the practice of feeding the yard’s runners seaweed was started in the 1980’s by his dad, Richard Sr, and they had not had a horse test positive for arsenic before or after Oh Purple Reign.

The BHA argue that the horse should be disqualified from his sixth place finish in the Group 3 Tattersalls Stakes and Hannon should be penalised as he was warned about elevated levels of arsenic in his horses by an official – but he continued to add seaweed to their feed.

Racing chiefs said that former director of equine health, David Sykes, had told Hannon that some of his horses had unusually high levels of arsenic in their systems following raceday testing – albeit below the legal threshold.

Seaweed was discussed as a possible cause, but Hannon continued to feed it to his horses.

Hannon told the disciplinary panel: “One horse was close to the threshold, but he wasn’t over.

“Three generations of trainers. Not one over the threshold. Why would there be a need for panic when there has never been one in 30 years?

“Mr Sykes made it clear that all of mine were under the threshold and we could proceed with caution, which is what we do anyway. There was no reason to think one would be over.”

It was not made clear at the hearing when exactly Hannon stopped feeding his horses seaweed, but the practice appears to have slowed down from November 2019 onwards, since when the arsenic levels in his horses has dropped.

The BHA said that was a damning piece of evidence that seaweed was the cause of the arsenic positive, and argued that Hannon should have immediately stopped feeding it to his horses after Sykes’ warning, which came before Oh Purple Reign tested positive.

But vet David Rendle, who was called as an expert witness by Hannon, claimed there was likely to have been more than one factor involved.

He said: “I completely follow the argument but I don’t necessarily agree with it.

“There’s a temporal association, there’s circumstantial evidence. But that’s not proof. That’s not scientifically rigorous enough for me.

“I can’t see how it can be explained just from the feeding of seaweed.”

Arsenic is an extremely toxic substance to both humans and animals. In horses, arsenic poisoning can cause gastrointestinal problems, weakness and weight loss, and in extreme cases paralysis and death.

Hannon could face a fine if he is found guilty of wrongdoing, but the one-day hearing overran and closing arguments will be made at a later date.

Last year, the Harry Fry-trained Hell’s Kitchen was disqualifed from a race at Cheltenham in 2019 after a positive arsenic test.

But Fry escaped sanctions as it was accepted the horse got arsenic in his system after chewing treated, wooden beams in his box.

Did you miss our previous article…
https://www.sportingexcitement.com/horse-racing/epsom-derby-and-oaks-winners-predicted-as-key-trends-reveal-50-1-outsider-set-to-steal-the-show/