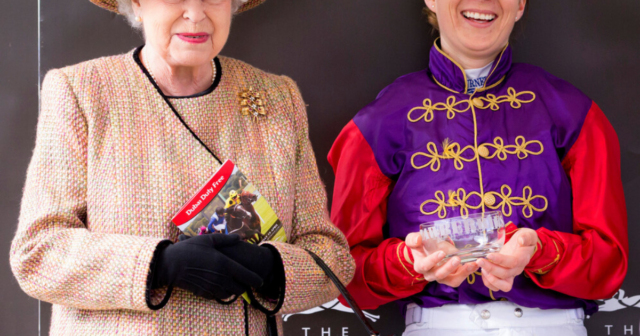 HAYLEY Turner is in a League of her own when it comes to team racing events.

The top jockey is the all-time leading rider at the Shergar Cup — and now she is hoping to steer Team Thoroughbid to glory in the first ever Racing League.

The six-meeting series kicks off in spectacular fashion at Newcastle next Thursday.

There is £1.8million in prize-money on the line as 12 teams compete for points in the hunt for the Racing League crown.

Turner, 38, has had a brilliant career, riding more than 850 winners and bagging Group 1 races in Great Britain and the US.

She became the first ever female jockey to ride 100 winners in a season and she has two Royal Ascot winners to her name.

But she has also had her share of lows in the sport, including injuries and bans, an early retirement in 2015 before a shock comeback in 2018.

She has been there and done it ten times over — but nothing quite gives her the same buzz as team competition.

And she can’t wait for the Racing League to get under way.

Turner said: “It’s really great that racing are doing something a little bit different with the Racing League.

‘A LOT OF CHARACTERS’

“It’s a good bit of fun and I always find that events like this attract a non-racing audience, which can only be a good thing for the future of the sport.

“People can pick a team to follow and get to know the characters on each team, and trust me there are a lot of characters taking part.

“It’s a bit like the Shergar Cup which has become very popular and has grown over the years, and this has the potential to be a huge part of the Flat season.

“I’ve got a great record at the Shergar Cup and really enjoy taking part in team events like that, so I’m can’t wait to get stuck into this.

“I can’t help getting very competitive. It just adds a bit of extra spice to the occasion when there are points to play for and a trophy to be won.”

Turner will ride alongside champion jock Oisin Murphy and Classic-winning rider Sean Levey as part of Team Thoroughbid over the next six weeks. 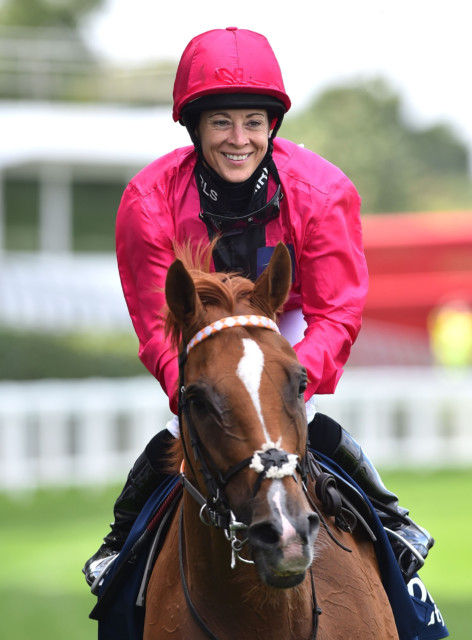 Top trainers Andrew Balding and Richard Hannon will provide the squad of 30 horses and the team will be managed by racing broadcaster Cornelius Lysaght.

The concept is unique and light-hearted, but Turner says her teammates and rivals will be in the zone when the action starts.

And she is hoping the first meeting’s clash with Glorious Goodwood will land her with a full book of rides!

She said: “Every jockey I’ve spoken to is really looking forward to it.

“We all want to win, and when you add in good prize-money and a team event it will just increase the competition.

‘BANTER THROUGH THE ROOF’

“I’m absolutely chuffed with my team. I get to ride for two top trainers in Andrew Balding and Richard Hannon and Oisin Murphy and Sean Levey are great team-mates.

“We are going to have a lovely squad of horses to ride, and everyone in my team is a good laugh, which is important too.

“The horses on show aren’t world-beaters but they are very talented and deserve a shot at some big races.

“It’s great prize-money for the owners as well, as things have been difficult since the pandemic.

“We’ve got a few horses on our team, like Fox Premier, who have form at Royal Ascot. So we have definitely got the ammunition to go close in the competition.

“It’s great for racing to let its hair down with an event like this. We are really good as a sport at putting on these sorts of events when we put our mind to it — it’s a shame this concept wasn’t thought of sooner.

“There is always plenty of banter in the weighing room but I’m sure banter levels will go through the roof when the Racing League starts.

“I’m just hoping Oisin and Sean are busy at Goodwood next week so I can have all six rides at the first meeting!”