Trainer, 60, and jockey fined for fighting while one of them was riding a horse in shocking bust-up
Advertisement 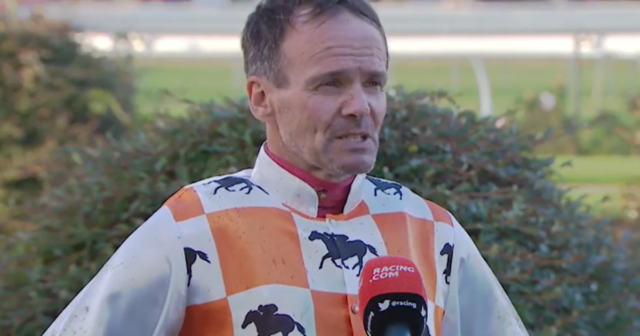 A TOP trainer and work rider have been fined for fighting – while one of them was riding a horse.

Stewards found Tootell, who earned more than £5million in the saddle during his racing career, ‘engaged in misconduct by verbally abusing Mortimer and attempting to punch him whilst mounted on a horse’.

However, stewards also charged Mortimer after ‘he engaged in misconduct by verbally abusing Tootell and punching him in the vicinity of the head whilst he was mounted on a horse’.

The fight, to which parties pleaded guilty, took place at Morphettville racecourse in Adelaide, Australia.

A report into the scrap read: “In determining the penalties, stewards took into account the seriousness of the incident, the plea from both parties, their unblemished records with long involvement in the industry and other mitigating factors in relation to the incident.”

Tootell was ruled to have initiated the scuffle and was fined a total of £280.

Mortimer was fined the same but with half suspended for two years.

Then again, Erluis Vaz copped a 200-day ban for punching a rival during a race.

The astonishing fight happened as Vaz and rival Ademar Santos raced next to each other at an American track in 2010.

One of the most memorable scuffles took place in the Breeders’ Cup.

Three-time Kentucky Derby winner Calvin Borel and Javier Castellano had to be pulled apart after tempers flared at the end of the £380,000 Breeders’ Cup Marathon at Churchill Downs – usually one of the smaller races on the card.

American Borel, now 54, was so incensed that he pleaded with security to release him so he could ‘kill’ his rival.

Did you miss our previous article…
https://www.sportingexcitement.com/horse-racing/philippe-coutinhos-460000-racehorse-he-co-owns-with-superagent-kia-joorabchian-set-for-debut-on-sunday/