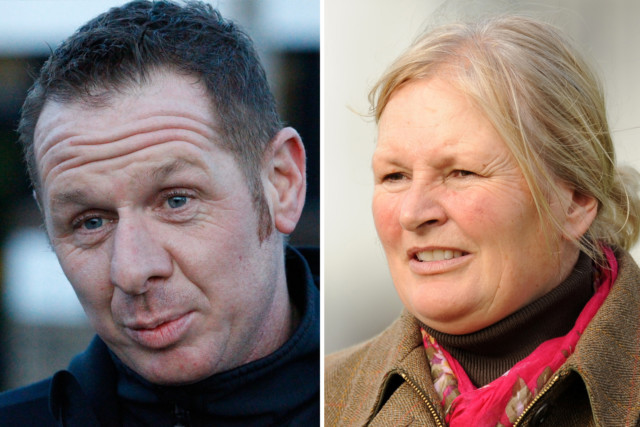 TRAINER Andy Irvine has opened up on the pain of losing his wife and former trainer Zoe Davison to cancer.

She is the second winner the yard have trained since Davison died on January 3 after a lengthy battle with cancer.

Last month, Mr Jack gave Irvine and Davison’s family an emotional winner at Plumpton the day after she was buried.

Mr Jack also won at Plumpton on the same day that Davison passed away at the age of 60.

Irvine has taken over the licence and has continued training the horses Davison’s daughter and former jockey Gemelle Johnson.

And he spoke of his ongoing pain at having lost his wife of three years.

He said: “Each day is difficult.

“I wake up each morning and my wife isn’t there.

“But we’re keeping the show on the road. We left at 5.45am this morning and it took nearly five hours – but this makes it worth it.”

Blarney Bateleur had finished no closer than eighth in three previous hurdle runs.

But she showed improved form having been switched to a sounder surface and she ran out a cosy winner of the 2m4f mares’ handicap hurdle under Niall Houlihan.

Irivine added: “We always liked her and the better ground and running in a handicap made the difference.

“I was worried this might be too high a class for her but she had just 10st 1lb and it was a mares’ race so we thought it worth taking a chance.”