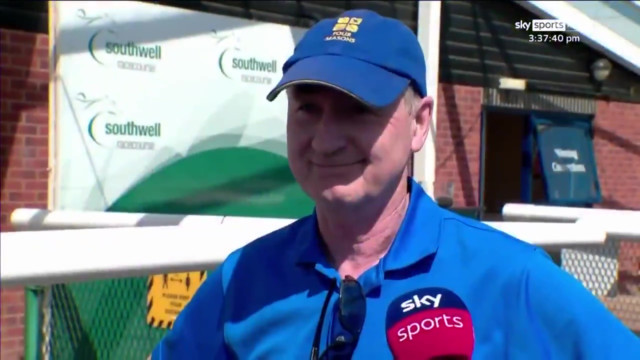 TRAINER Phil Middleton was in tears as he told of the emotional journey Exitas had taken back into the winners’ enclosure.

His veteran was almost put down twice during his career, but Middleton persevered and got his reward at Southwell on Tuesday with a memorable win.

Middleton was interviewed after his 13-year-old struck, that he also owns.

And it was live on air that the emotion came out of the handler live on Sky Sports Racing as he showed just what the horse means to him.

He said: “He raced here a couple of years ago and put his foot in a hole, he ripped his shoe off and tore all his ligaments into his pastern.

“He couldn’t get off the horsebox and was in agony, he stood for six months.

“He was in agony, we nearly had him put down, but we nursed him back.

“But then on his comeback run he struck into himself and burst his joint capsule and my vet said he will get an infection. It was 50-50, you might want to put him down.

“But they saved him and we retired him, but he stood at the gate and just wanted to come back in. ‘I want to be a racehorse’ he was there.

The trainer hopes to find another race for his star soon before he’ll call it a day with him.

Middleton indicated he will try and go out in a blaze of glory in Saturday at Worcester.