Trainer fined £5,000 and horse and jockey who started favourite banned for ‘not trying’ in controversial Irish race
Advertisement 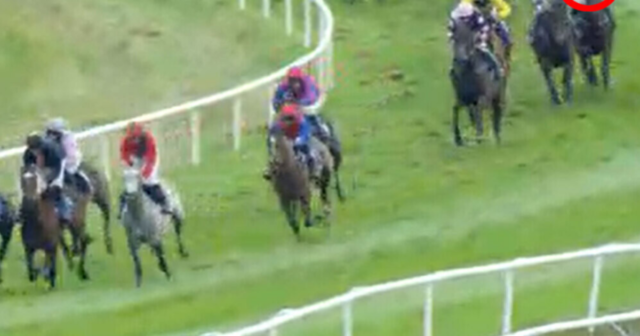 IRISH trainer Mark Fahey has been smacked with a £5,000 fine over a non-trier at Limerick two weeks ago.

The Fahey-trained Strong Roots was sent off 85/40 favourite for the 2m handicap hurdle but could only finish a distant ninth – 27 lengths in arrears of the winner.

Jockey Kevin Brouder received a three-week suspension for the ride he gave the nine-year-old mare, who was herself given a 90-day ban from racing.

In statement at an IHRB hearing, Brouder said he was ‘never happy’ during the race and that he had even quizzed another jockey about how his horse looked because her jumping was so bad.

Fahey confessed to feeling frustrated with the ride given to Strong Roots as he felt she was out of position from an early stage of the race.

The Racing Post in-running comment on Strong Roots read: “Held up in rear, not fluent 1st, nudged along and some headway after 3 out, still plenty to do but going okay 2 out, kept on but never on terms, eyecatcher.”

Neither Fahey nor Brouder were reprimanded by the stewards on the day after the jockey suffered a heavy fall in the following race – meaning he could not attend the on-course inquiry.

As a result the case was referred to the IHRB directly, with the panel judging that both Fahey and Brouder had contributed to Strong Roots not making genuine attempts to achieve the best possible position in the race.

Interestingly, it was in this same race that trainer Philip Rothwell was fined after his horse was also deemed a non-trier.

Rothwell was slapped with a £1700 fine, jockey Adam Short banned for ten days and horse Duffys Hodey suspended for 60 days after finishing sixth.

A fuming Rothwell said: “I can’t believe it. Halfway down the back I wondered if Adam should stay going and, if it was one of my riders who knew the horse, it would have been questionable if they kept going.

“He rode him from a half a mile out. When I watched the race back on TV I wondered why I was there [in the stewards’ room] at all.”

This controversial contest came a few days before 12 jockeys were hauled in for questioning after a ‘complete farce’ of a race.