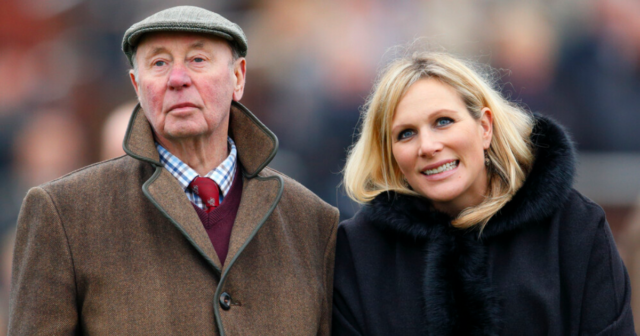 TRIBUTES from the world of racing have poured in for Trevor Hemmings, the three-time Grand National winner who died aged 86.

Hemmings, a brickie turned billionaire once mocked by bookies for buying ‘donkeys’, made the world’s famous race his own for ten years.

Hemmings, seen here with Zara Tindall, has been remembered by the sporting world after his death aged 86

A hugely successful businessman with friends all over the world, Hemmings won the race three times between 2005 and 2015.

Cloth Cap, a horse named after his distinctive choice of headwear, went off favourite for this year’s race but was pulled up.

It is testament to his standing in the sport that a wave of grief took over racing as some of the biggest figures paid tribute to a man affectionately labelled ‘The Boss’.

“I’m very proud to have worn his iconic colours on many wonderful days.

“He was a great friend to many but a greater friend to our sport and that of his beloved @pnefc thoughts with all his family & friends.”

Former Grand National winner Mick Fitzgerald said: “Sad to hear of the passing of a true gentleman of the game.

“Trevor Hemmings loved this sport and I shall miss his phone calls when he had a winner on big days.

“I had some great days wearing his colours. RIP.”

Oliver Sherwood, who trained Hemmings’ Many Clouds to victory in the 2015 Aintree showpiece, said: “RIP ‘Boss’ – a true legend of a man but as important he was a true gentleman.

“He was Mr Aintree wasn’t he? He loved the place, it was close to him and to win it three times with three different horses I’m not sure will happen again.”

Top jumps jockey Tom Scudamore posted: “Very sad to hear the passing of Trevor Hemmings. A gentleman to deal with and one of jump racing’s greatest supporters. Condolences to his family. RIP.”

Donald McCain, trainer of Ballabriggs, wrote: “Shocked and saddened to hear that Mr Hemmings passed away yesterday, a gentleman and a huge support to myself and my family for many years, there can be no bigger loss to National Hunt racing.”

“I’ll never forgot the advice he gave me when I was starting out in my career and I think of it often. He’ll be much missed. Condolences to those close to him.”

Hemmings, who was born in Woolwich, London, won the Grand National with Hedgehunter in 2005, Ballabriggs in 2011 and Many Clouds in 2015 to become the joint-most successful owner of the race.

A wealthy man who donated huge sums to charity, Hemmings made his vast fortune after starting his first building business with just £12.

He then struck up a great personal and professional friendship with Fred Pontin, of Pontins fame.

Pontin made Hemmings work the day his horse Specify won the National in 1971.

He used to tease his young apprentice that he would never have a Grand National winner.

Eager to prove him wrong, Hemmings, whose business empire grew to include thousands of pubs and Centre Parcs, splashed out on his own runners.

But his success with horses did not immediately match that of his businesses.

The Guardian, who called Hemmings ‘reclusive’ in one article, also wrote of a betting insider saying: “We used to wonder why he bought so many donkeys.

“But you can’t say that of him these days.”

Beat the bookies? Hemmings did that and more during his remarkable life. 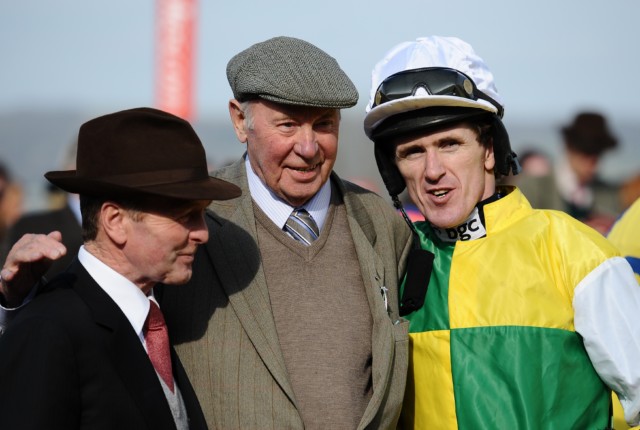 Hemmings, here with McCoy, will be remembered as a legend of horse racing