Unbridled Passions: Jockey Daniel Muscutt as you’ve never seen him before on his love of marathon running
Advertisement 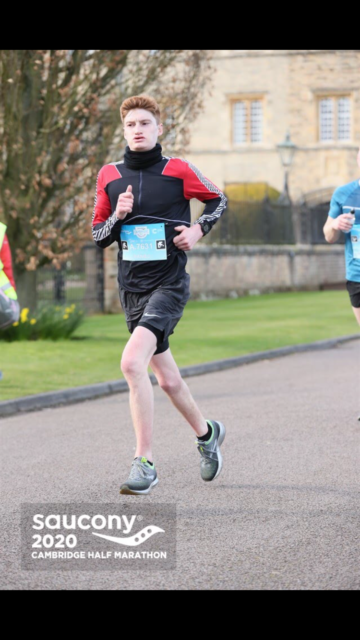 I was always fairly sporty at school and used to play a lot of rugby. But long-distance running is only something I have started doing over the past 16 months.

In October 2018, I had a heavy fall at the races – on a two-year-old making his racecourse debut at Chelmsford. I broke my neck, had fractures in my back and fractured a rib.

Sadly, the horse was fatally injured and I was taken to hospital. Then I needed a four-month period of recuperation.

I did four residential visits for about a week at a time to Oaksey House, the Injured Jockeys Fund rehabilitation centre in Lambourn. The care I received there and the gym work that I did were brilliant.

But on the weeks when I wasn’t there I started running longer and longer distances. It started off at just a mile or two, then I built it up to five miles or a bit more.

Of course, partly it was to get back to where I needed to be on the scales and fitness-wise. When I had my fall, I could ride at 8 stone 11 lbs – so I weighted just under that. But while I was injured my weight went up to 10 stones 7 lbs or heavier.

I started to get a real kick out of running and started doing ten-mile runs. I don’t see it as a hardship any more. It’s a great way of switching off.

In fact, I find it therapeutic – much better than sitting in a sauna!

Often I will stick on a podcast when I am running – perhaps “The Peter Crouch Podcast”, the BBC World Service or country music.

I decided to do local half marathon in September last year – more than 13 miles – at Ely, Cambridgeshire, near to where I live. I really enjoyed it and started taking it even more seriously. I got myself a proper watch so I could learn to pace myself. I followed that up with two more half marathons.

I would have done the Brighton full marathon in April this year but it was postponed because of coronavirus.

Instead, because I had done all the hard yards training, I did a full marathon on my own – more than 26 miles – and clocked three hours 23 minutes. I was really pleased with that. I was sponsored too and raised more than £1,200 for the National Trust.

I am 24 now and I am 100 per cent certain to keep my running going: it’s a big part of my life. I hope to do the Brighton marathon when its re arranged.

I would love run a marathon in under three hours – that would be a big deal for me. I know from running the Cambridge half marathon that it’s a lot easier when there are other runners and a crowd willing you on, sucking you along.

I get a bit distracted when I am running alone: if I was a racehorse, I would probably need blinkers!

Did you miss our previous article…
https://www.sportingexcitement.com/horse-racing/royal-ascot-2020-red-letter-day-for-kevin-ryan-and-kevin-stott-as-hello-youmzain-and-hey-jonesy-hit-the-target

Advertisement. Scroll to continue reading.
In this article:Ascot, Brighton, Chelmsford