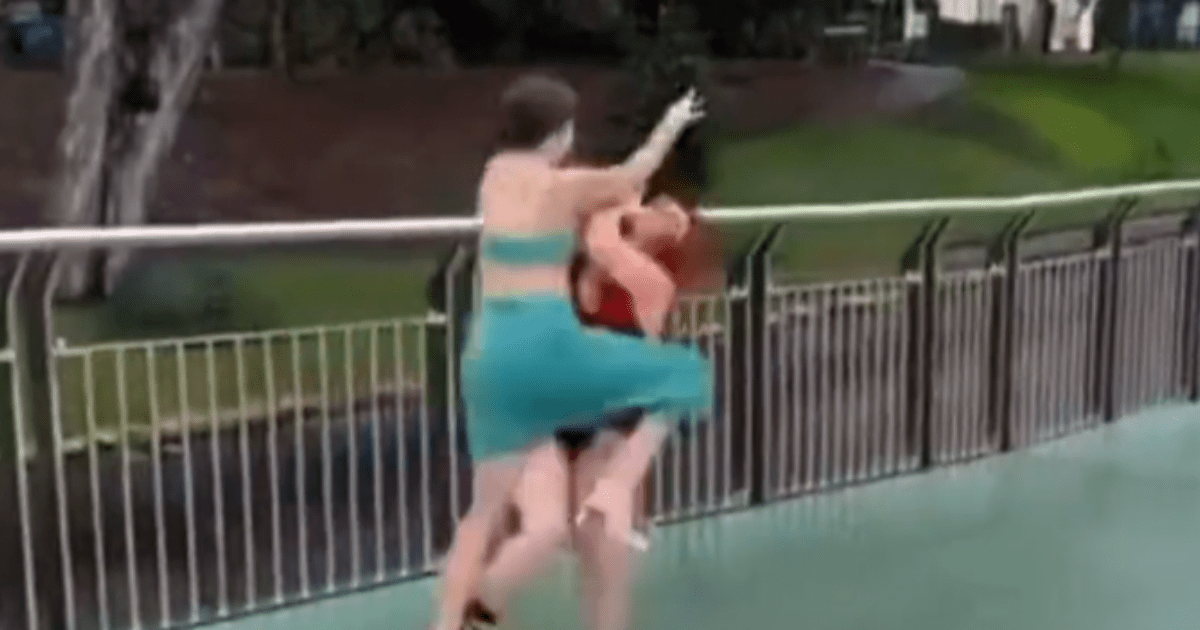 THIS is the horrific moment a brutal six-woman brawl was captured on camera – with one mercilessly battering another in the head.

The women clashed on a walkway during Australia’s blockbuster Spring Racing Carnival, the highlight of which is tomorrow morning’s Melbourne Cup. 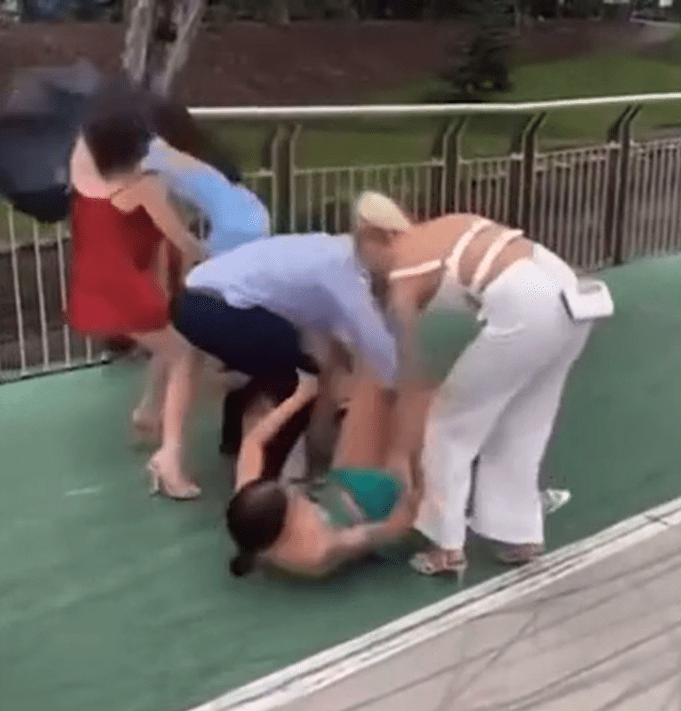 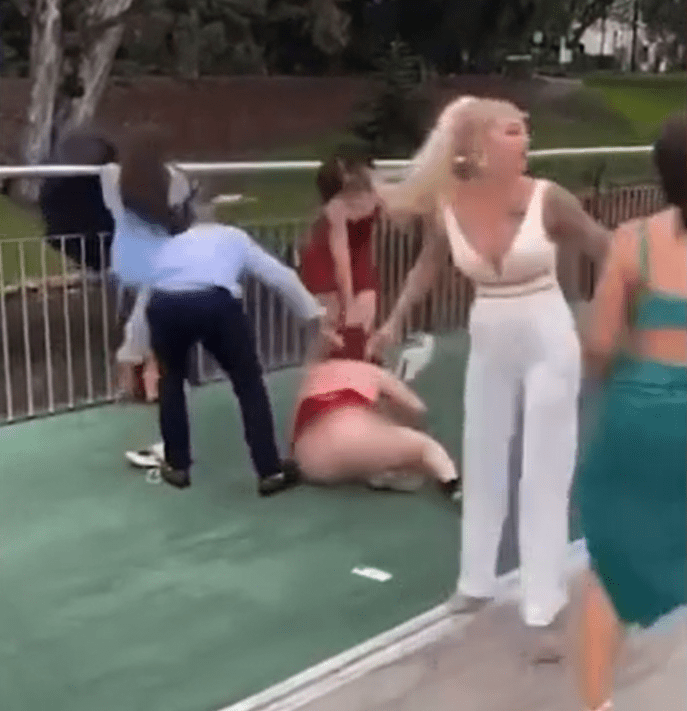 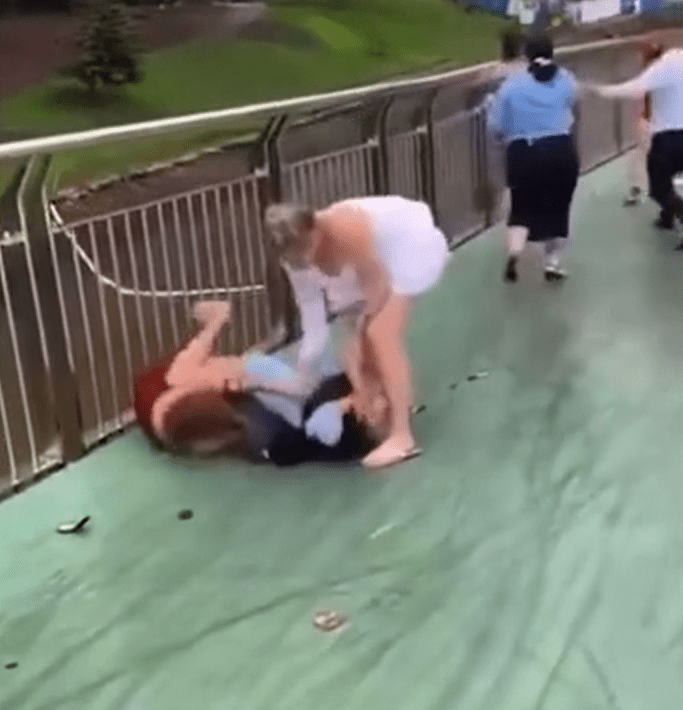 The scrap starts with a woman in a green dress running at another and barging her to floor with a knee and hand to the face.

One man immediately tries to stop the Royal Rumble-style bust-up but is only met by another four racegoers piling in.

A woman in a red dress gets involved before another brawler drags her over to some nearby railings.

She then appears to get pinned against the railings as another woman in a light blue dress rushes in and pulls her hair.

The fight turns especially nasty, though, when a woman in a white dress rushes over and starts hammering down punches.

A woman in a light blue dress who was held by the railings falls to the floor and appears to get whacked with several blows to the face.

One man can be heard shouting desperately: “Oi, oi, stop it! Get off her! Don’t hit her – get off her.”

Another bloke again attempts to intervene but by this point all hell has broken loose.

The Daily Mail report the incident is believed to have taken place in Brisbane, Australia, between October 22 and 29.

Queensland Police said they had not received any reports of a fight taking place.

A statement said: “Our searches did not locate any incidents of this nature that police were called to attend, nor any subsequent reports made.”

Bosses will want fans on best behaviour for the ‘race that stops a nation’, which is set to be run at 4am UK time tomorrow.

There was no such drama inside Flemington racecourse in Melbourne, though, with racegoers more interested in having a drink and placing some bets.

Did you miss our previous article…
https://www.sportingexcitement.com/horse-racing/matt-chapman-sorry-paul-nicholls-but-9-4-for-bravemansgame-to-win-the-king-george-is-crazy/