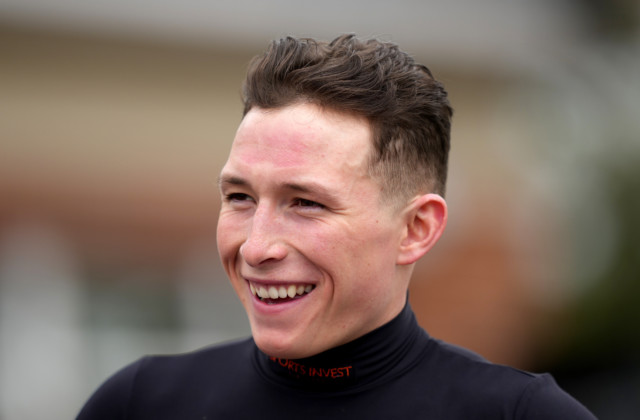 JOCKEY Jason Watson is to appeal a seven-day ban he was handed at Nottingham on Tuesday.

And the rider has hit out at the British Horseracing Authority (BHA) after the result of the stewards’ enquiry.

Watson is number one jockey to trainer Roger Charlton

He tweeted: “I feel very victimised and unsure of the true intentions of the BHA.

“Today I done what any horseman would have done in the circumstances having been onboard a first time out 2 year old. My priority lies with the horses welfare.”

His inexperience showed when the horse pinged violently left out of the stalls instead of with the rest of the runners. Commentator Mike Cattermole said Noisy Night had ‘lost the plot.’

I feel very victimised and unsure of the true intentions of the BHA. Today I done what any horseman would have done in the circumstances having been onboard a first time out 2 year old. My priority lies with the horses welfare. https://t.co/5UCmYVwpR0

Watson, who was champion apprentice in 2018, attempted to steer the horse back into contention but could only manage seventh, beaten 25 lengths.

And the stewards were quick to call the jockey in for an enquiry in which the horse’s trainer said he was satisfied with the ride.

The stewards’ report read: “An enquiry was held into the running and riding of Noisy Night, ridden by Jason Watson and trained by Roger Charlton, which veered quickly left out of the stalls losing many lengths as a result, after initially being corrected and asked to chase the field, thereafter the colt appears to be tenderly ridden before finishing seventh of eight runners, beaten 25¾ lengths.

“The rider was interviewed and shown recordings of the race, whilst the trainer was interviewed by telephone; the Veterinary Officer reported that a post-race examination of Noisy Night during routine testing failed to reveal any abnormalities.

“The rider stated that his instructions were to jump out and ride the race as he found it, getting the colt to finish in the best possible position. Watson explained that Noisy Night was slowly away and ducked left losing a significant amount of ground and was never travelling thereafter, a fact he had reported at Scales, and in his opinion had lost any chance of being competitive as a result.

“Watson further stated that at no point in the race did he place the colt under any form of pressure to improve, and again reiterated his position that there was no point in trying to recover ground from such an uncompetitive position.

“The trainer stated that from the limited footage he had seen on TV, he was satisfied with the ride considering what the colt had done at the start of the race.

“Watson was suspended for 7 days for failing to take all reasonable and permissible measures to ensure Noisy Night was given full opportunity to obtain the best possible placing, in that after being very slowly away he had failed to ride the colt in such a way that he could be seen to ask Noisy Night for any form of effort or encouragement to get competitive or improve its position in the final stages of the race.”

The BHA and Professional Jockey’s Association have been asked for their response.