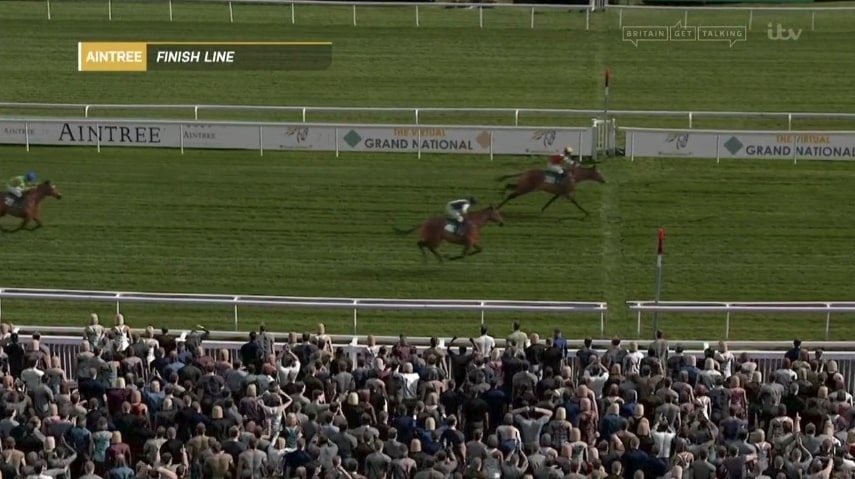 POTTERS Corner produced some magic at virtual Aintree to outstay his rivals in a thrilling Virtual Grand National.

There was plenty of drama from the outset – but the biggest twist came late in the day when 66-1 shot Aso sprinted into the lead with two to jump.

But with five lengths advantage over the field, he fell under virtual Charlie Deutsch at the second last, leaving Tiger Roll in the lead.

However, the eye was drawn to Potters Corner, who was given a beautiful waiting ride by youngster Jack Tudor. 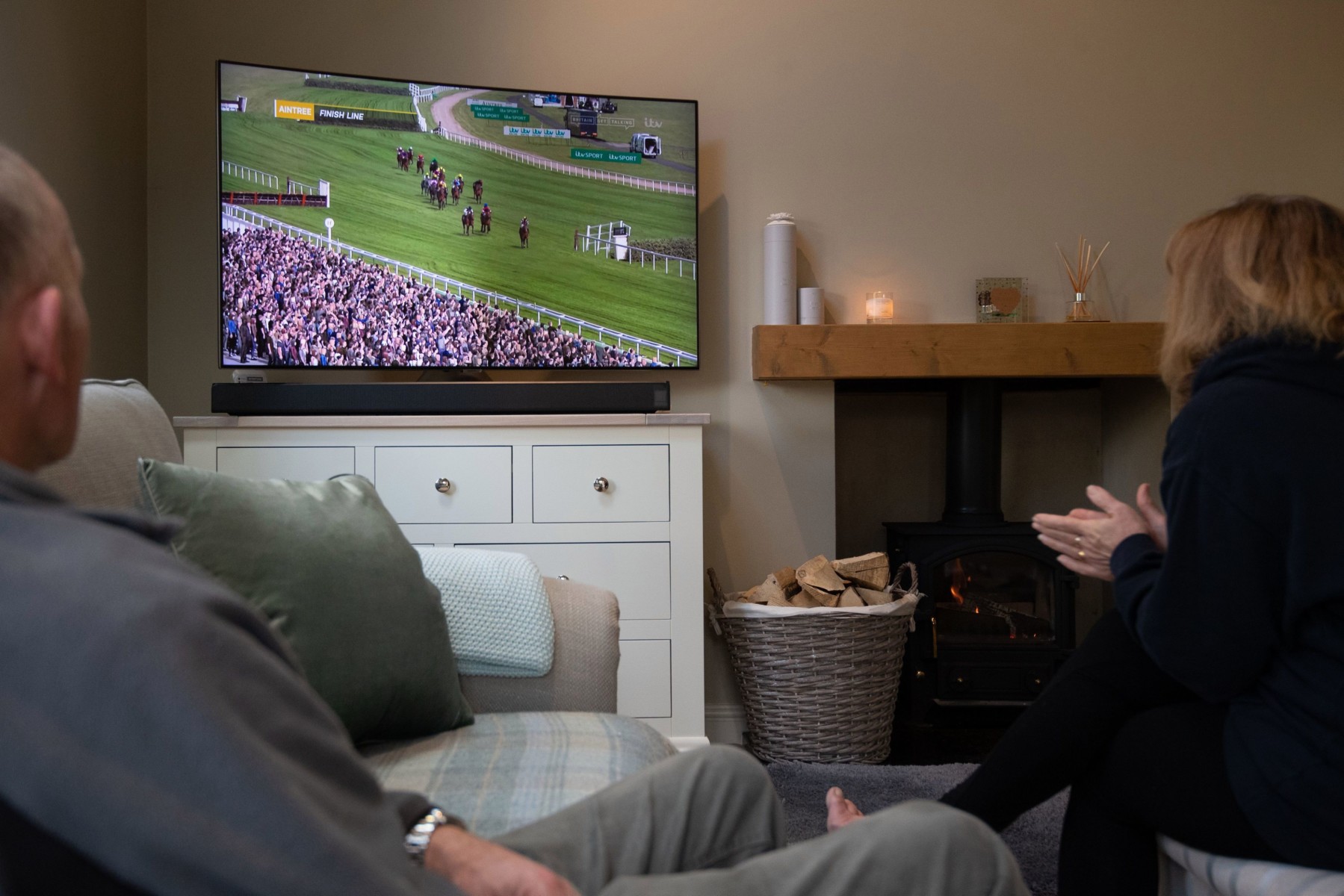 Millions tuned in to watch the race on ITV

He took the lead after the last, but with the race apparently in safe-keeping he started to idle badly.

Walk In The Mill, a winner of the Becher Chase at this track earlier in the season, started to hit top gear rounding the Elbow and was bearing down on his rival all the way to the line.

But Potters Corner, a well-fancied 18-1 shot, had enough in reserve to land the big one, with Any Second Now plugging on for third.

Relive the dramatic closing stages to the 2020 Virtual Grand National!pic.twitter.com/aBGKTfz7uj