Warwick on ITV: Your ultimate guide to the Classic Chase meeting on Saturday
Advertisement 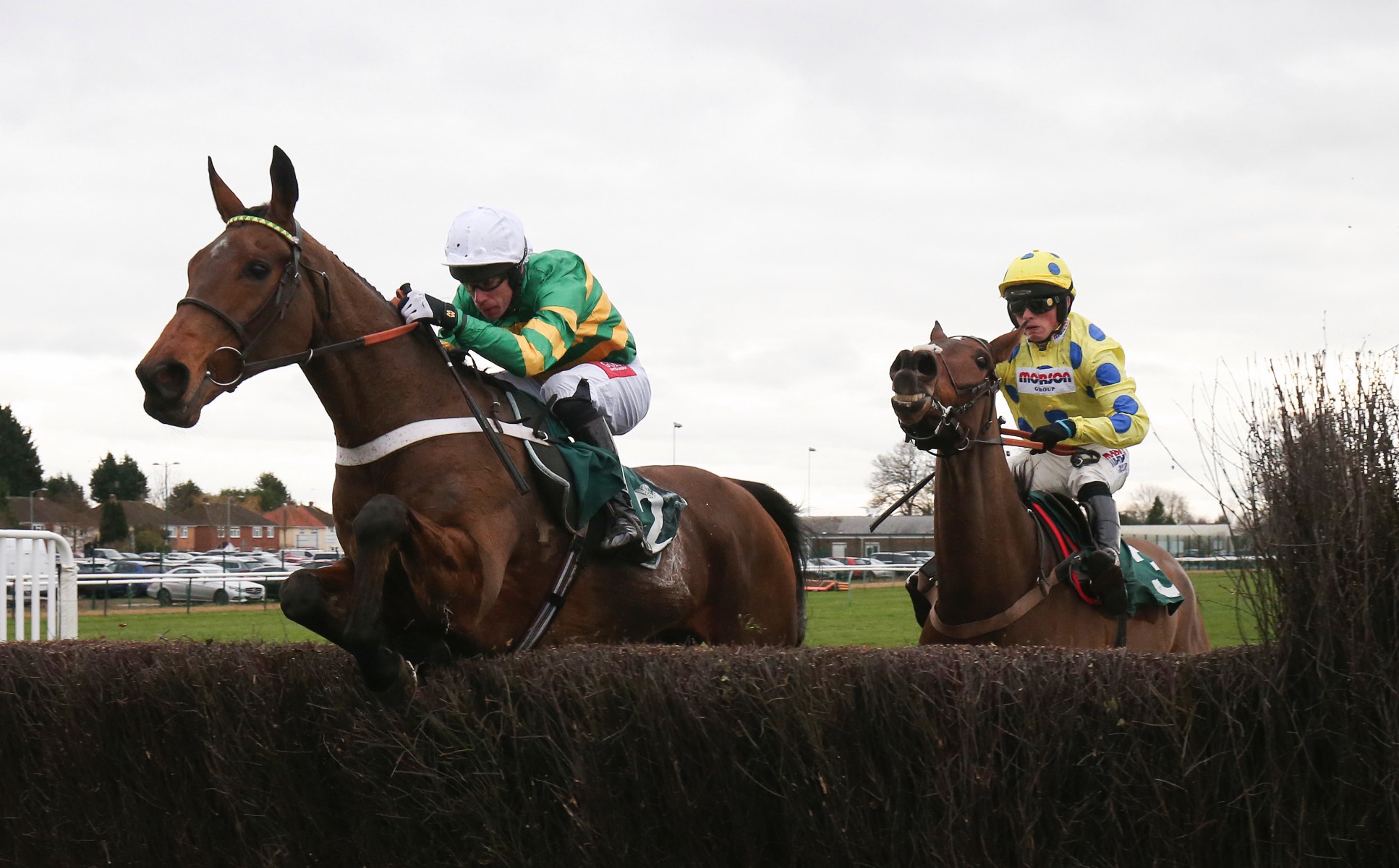 WARWICK hosts its big meeting of the year as the ultra-competitive Classic Chase comes to town.

We’ve had a good thumb through the card to try and make your afternoon a success.

Warwick plays host to a number of competitive races on Saturday

The best piece of form in a competitive opener comes from Sheena West’sBARD OF BRITTANY.

He was a fine second at Taunton behind a decent yardstick of Tom Lacey’s and should have a big run in him off a 4lb higher mark.

He’s not had many starts in handicap hurdles and the soft ground shouldn’t be a problem, so it would be no surprise to see him bang there.

Made For Youis bound to be popular given he’s having just his second start in handicaps for Olly Murphy.

The lightly raced five-year-old has had a wind op since he was last seen 203 days ago and surely has plenty more to come under Richard Johnson.

DANGER: Made For You

A competitive little contest here and one in whichROUGH NIGHTmakes most appeal.

He saw off a couple of previous winners at this track last month and although he’s been raised 7lb, he was quite impressive that day.

The ground was heavy then but he’s equally effective on soft and he could take some serious beating at a course he clearly likes.

Master Workis a big danger judged on his latest second behindCaid Du Linat Ludlow, though the handicapper is starting to look in control and he’s yet to convince soft ground is really want he wants.

Joke Dancerstayed on well to win at Haydock last month but that course is a completely different test and he could struggle if this becomes a speed test.

Ashoka andLuckofthedrawboth need to bounce back to near their best if they’re to have a hand in the finish.

It’s fascinating Venetia Williams has decided to step her handicap chaserROLL AGAINup to Grade 2 company and the move may well pay off.

A facile winner at Ludlow two starts ago, he’s since been raised a stone – but the way in which he strolled to victory in Shropshire suggests he has plenty more left to come over fences.

As a prominent racer he should be suited by the track and provided he can jump a little better than he did at Kempton last time, he’ll take some stopping.

Highest Sungot the better of a smart rival at Plumpton last time and has more to come in chases over this trip.

His second at Ascot was franked by Pym at Cheltenham and he has bags of potential for his top yard.

Two For Goldhasn’t looked back this season, winning twice over fences, but he was hard pushed at short odds last time and it’s debatable whether this track will suit.

BothArdlethenandWhatmoreneed a little more than they’ve shown to date, whileHold The Noteis yet to really produce over fences.

Zara Hopedid it impressively at Cheltenham on International Hurdle day but this is a very different kettle of fish and she’s badly off at the weights.

A fascinating renewal here, with a clutch of unexposed novices taking each other on.

DECOR IRLANDAISwas very impressive at Catterick last time, winning on the bridle under a penalty and looks ready for this step up in grade.

He needs everything to drop right but travels supremely well and could have this run to suit.

Shan Blueonly had to be pushed out to land the odds at Southwell last time out and is highly regarded at home, so it would be no surprise to see him go well.

However, he hasn’t put it all in against better opposition in the past and this is a hot race.

Advertisement. Scroll to continue reading.
Harry Senior’sform has a strong look to it, with his seconds to bothEdwardstone and Sporting John representing very good efforts.

He landed a facile win at Chepstow last time and is clearly a horse on the up, so shouldn’t be discounted.

Keen Onhas won nicely in two minor events, though his first victory at Sandown was franked after Protektorat won at Cheltenham, whileMossy Fenwill appreciate this drop back in distance after struggling over 3m last time.

Whatsupwithyoucaused a surprise on hurdling debut with a fine success at Ascot and isn’t out of it at a big price.

As always this is virtually impossible to work out, butTHE CONDITIONALhas stand-out claims following his Ladbrokes Trophy second at Newbury.

That was a career-best performance from David Bridgwater’s eight-year-old and he’s long looked as though a stamina test of this nature would be right up his street.

He has the best form in the race, goes off a nice weight and will love conditions.

Le Breuilwon last year’s National Hunt Chase so we know we relishes a slog and he should be primed for this following a warm-up effort over hurdles and a decent run in the Becher Chase.

Luca Morgan is an excellent young claimer and his 7lb could be vital.

Petite Powerstays forever and another handy 7lb is taken off by Liam Harrison.

He finished a fine second in the Devon National last time out and is bound to keep up his consistent record here.

Tom Symonds has clearly wanted to stepBobo Macup in trip for a while and now he gets his chance to show what he can do.

His second at Ludlow last time out was a good effort and it will be interesting to see how Roll Again gets on in the Grade 2 earlier on the card.

Kimberlite Candycan be given a chance on his Becher second, whileImpulsive Starwould be a danger if rediscovering his best in first-time blinkers.

A fiendishly competitive handicap here and one in which Irish raiderSILVER SHEENmakes the most appeal.

Jessica Harrington’s six-year-old has turned a corner of late, winning at Wexford and Thurles and looks a three-miler through and through.

An opening mark of 130 appears more than acceptable and he’s yet to reach the ceiling of his ability.

Robbie Power is a fantastic jockey booking and he has a massive chance.

Doc Penfrowas a much improved winner on handicap debut at Bangor and this longer trip has clearly had a fine effect on him.

Emma Lavelle has her string in super nick and he should go well once more.

Tedhamis usually there or thereabouts in this kind of race and a first-time tongue-tie could perk him up a bit, whileOne For The Teamwas a very good second in a big field in November and now gets the Sam Twiston-Davies service.

A total minefield, with all the runners unraced.