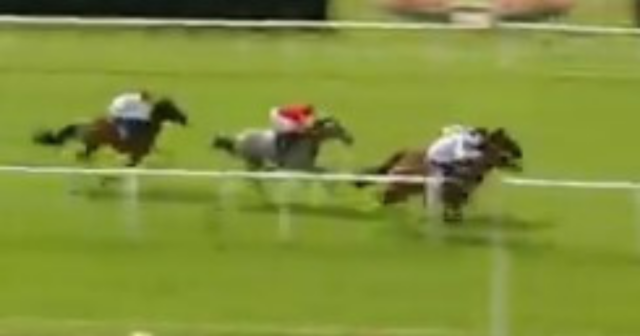 FAVOURITE backers had their fingers burned in dramatic style at Lingfield on Monday.

Bella’s Pearl, an 80-1 outsider, caused a huge upset as the hot 1-4 jolly Peggoty could only manage fourth.

More pain for Peggoty backers! The 1/4 favourite is beaten again, and 80/1 shot Bella's Pearl wins in a dramatic finish for @CallumSheppy and @WSKittowRacing at @LingfieldPark… pic.twitter.com/y9YsEbw3Yb

After finishing second on her last start at Bath, punters thought Peggoty was a good thing in this weaker race at Lingfield.

Ed Walker’s filly was subsequently sent off an eye-wateringly short 1-4 – meaning you get 25p for every pound you’d stake if she won – but never looked like the winner under champion jockey Oisin Murphy.

It was left to Callum Shepherd on the 80-1 stunner and 5-1 poke Regal Rhapsody to fight it out in the final furlong.

But Shepherd and his willing partner Bella’s Pearl, who was sent off 150-1 and 50-1 on her only other starts, got up late in the day to win by a nose.

The shock win was even more dramatic as rider Shepherd’s saddle slipped mid-race.

That would normally end the chances of horse and jockey on the spot, but Shepherd managed to stay on board to deliver the win for trainer Stuart Kittow.

And Kittow said after the race on Sky Sports: “I think the owner had a little bit of money on.

“They bred her and so they’re absolutely thrilled and that’s the main thing.

This season has thrown up a number of big-priced winners.

And last summer 300-1 stunner He Knows No Fear became the largest-priced winner in British and Irish racing history.