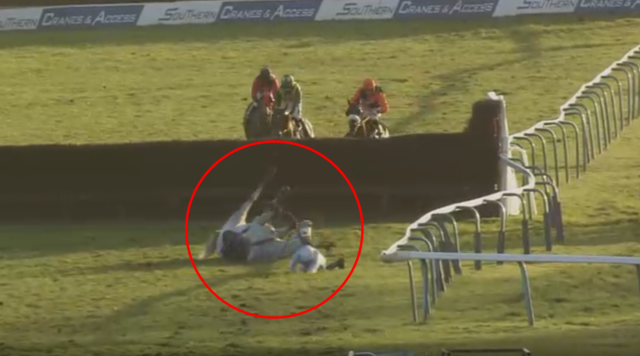 THIS bonkers Fontwell finish had it all, from a certain winner falling two from home to a 700-1 shot pinching it at the post.

Only two of the seven horses that started the race finished the 3m2f slog through the mud for a first-place prize of £4,288.

And the spoils went to 9-4 shot Love The Leader – who ironically wasn’t in front for any of the race until the dying stride.

The eventual winner was so far back that he hit 700-1 in-running on the Betfair exchange.

Cameras could barely fit the Johnny Farrelly-trained 13-year-old in shot as the leading pack made the turn for home.

But he plugged on gamely and in the end just collared Weststreet, who went off at 9-2 but hit 1-25 in-running, in other words a near total certainty.

That either had a sniff of winning looked impossible when 11-10 favourite Un Prophete – who hit just 1-33 in-play – went 12 lengths clear with only two to jump.

Sean Houlihan looked to be cruising on the Venetia Williams-trained runner until he was unceremoniously dumped to the ground when the horse took a tumble.

Thankfully both were OK.

The chaos started well before though. 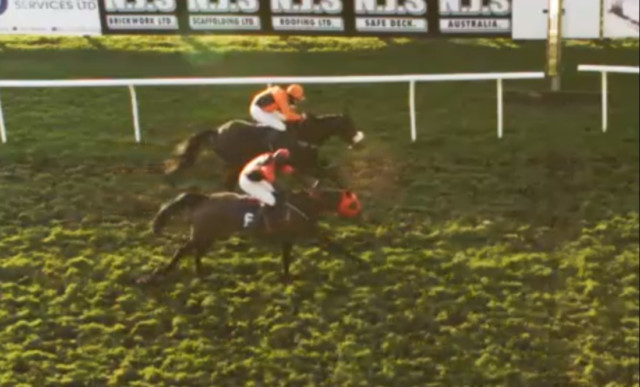 Florella, a 66-1 shot, was pulled up before the tenth fence.

Fellow outsider Last Encounter called it a day two jumps later, before Tabitha Worsley decided Thomas Junior could go no further at the next obstacle.

Young Turk looked to have the race at his mercy two out after Un Prophete’s fall.

But the runner for trainer Aytach Sadik – who hasn’t had a winner in six years – could go no further and was pulled up before the last.

That left Love The Leader and Weststreet to battle it out, with jockey Mitchell Bastyan stealing victory from the jaws of defeat on the line.

Did you miss our previous article…
https://www.sportingexcitement.com/horse-racing/cheltenham-festival-2021-countdown-top-chaser-itchy-feet-switches-back-to-hurdles-at-haydock-with-stayers-in-mind

Advertisement. Scroll to continue reading.
In this article:Cheltenham, Fontwell, Haydock