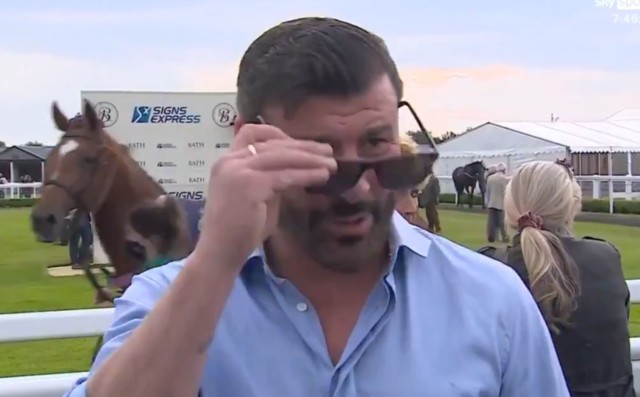 JOE CALZAGHE delivered a knockout response when quizzed about his low profile at Bath races.

The undefeated boxing legend was at the racecourse on Wednesday night.

Just a boxing legend at @BathRacecourse! @RealJoeCalzaghe loves his racing and enjoyed not being recognised last night as he caught up with Sir Bob Cooper pic.twitter.com/aWC2BtVEzY

Sky Sports Racing cameras and host Bob Cooper caught up with the 49-year-old Welsh hero as he checked out some of the runners near the winners’ enclosure.

It was there the former two-weight world champion revealed his love of racing – and how he managed to stay out of the limelight at meets.

Cooper started the chat by saying: “I was wrong. Someone said Joe Calzaghe’s here, and you were walking past in the paddock having a pint – but it is you!”

Calzaghe replied: “Yes it is. I love the racing. I’ve not been for a while and it’s only an hour drive from where I’m from so I thought I’d come down and enjoy the racing tonight.

“It’s been good to sample the atmosphere and ping in a couple of winners too, which is awesome.”

Cooper then said: “I thought you’d be mobbed. You were BBC Sports Personality of the Year, won awards all over…”

To which Calzaghe – who did share his name with a horse who won eight times in a six-year career – replied with a big smile: “It’s probably because I’ve been wearing my shades going around!”

It was good to see Calzaghe enjoying his time after recently playing tribute to his late father Enzo on what would have been his birthday.

Calzaghe joked about keeping a low profile when at the races 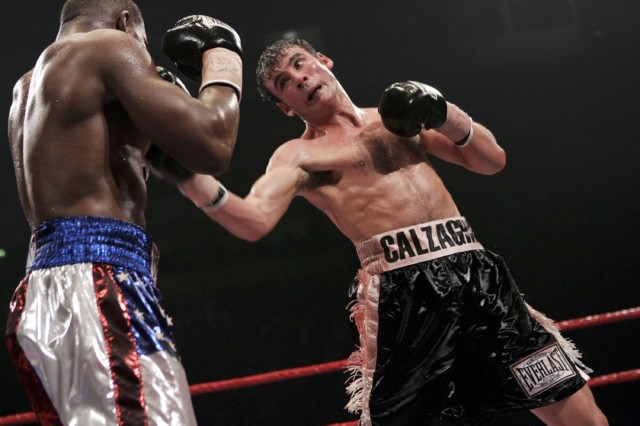 Calzaghe posted a photo of himself with Enzo, who passed away in September 2018, with the message: “Happy birthday Dad.

“Thank you for always being there and believing in me. Not just a great dad but my best friend. I miss you always.”

The Pride of Wales hung up his gloves with a perfect 46-0 record – and he is still rated by BoxRec as the greatest European boxer ever.

Calzaghe clearly enjoys a punt but it remains to be seen whether he will be tempted into ownership in the near future.