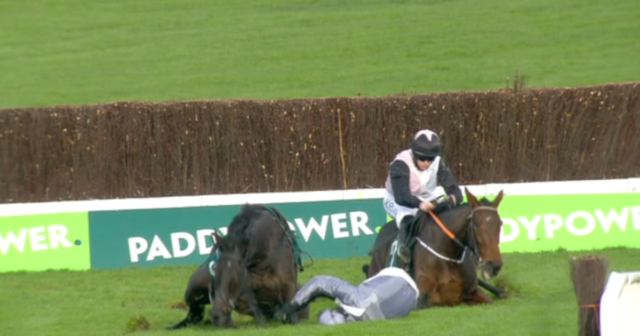 RACHAEL BLACKMORE pulled off an absolute miracle in the saddle as Harry Skelton dramatically crashed out in an incident-packed Cheltenham race.

Grand National winner Blackmore somehow stayed on 7-4 Gin On Lime in the penultimate fence of their November Meeting showdown. 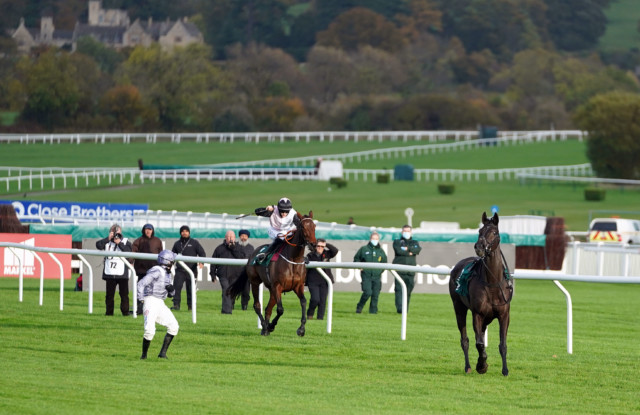 Skelton was unseated from My Drogo at the second-last and it looked like it was going to be a void race as Blackmore also went down on her mount.

But incredibly, somehow, she managed to keep both feet off the ground, meaning technically she had not come off the horse.

Gin On Lime, a five-year-old mare, then got back to her feet and popped over the last easily to win.

Punters and ex-pros were equally stunned by the top jockey’s astonishing balancing act.

Ruby Walsh said: “I’m just marvelling at Rachael Blackmore. All the games she played as a kid are paying off!”

One viewer wrote online: “That was crazy scenes.”

One comment read: “The Rachael Blackmore legend just grows and grows. What a sit!”