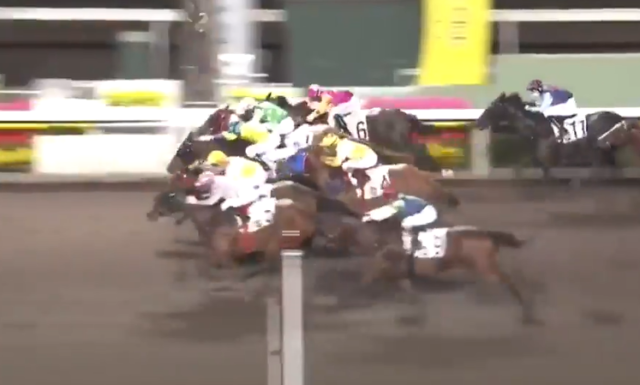 THIS is the amazing four-horse photo finish that resulted in a dramatic dead heat between a huge 40-1 outsider and the strong favourite.

Judges could not pick apart the bunched climax to the 3.15 at Sha Tin in Hong Kong on Wednesday.

Six horses were in with a chance of grabbing the spoils just a few strides from the line in the frantic 6f dash.

Two ran out of gas in the final stages but four went past the post almost in unison.

There were 12 runners in the race in total and, amazingly, seven of them were separated by just one length at the line.

After forensic analysis of the footage, judges decided it was too close to call.

And they ruled a dead heat between 40-1 shot Sunset Watch and 6-4 favourite Lucky Fun.

Moeraki, an 11-2 chance, was beaten by a short head, while 9-1 Golfman Star was a head further back.

Flying Bonus finished half a length behind the winner, while 4-1 Man Star was a neck behind them and 57-1 Gameplayer Times a further shoulder back.

Punters were in equal part exhilarated and exasperated by the finish, as they waited to find out whether their bets were winners. 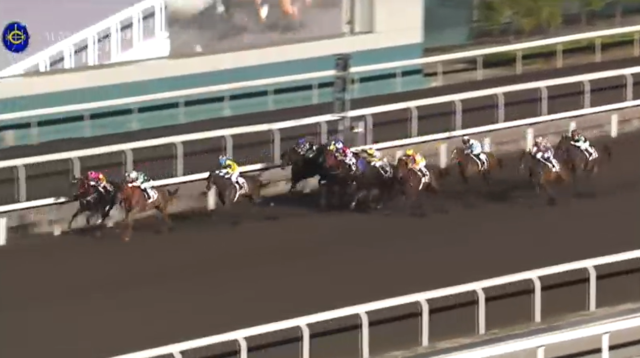 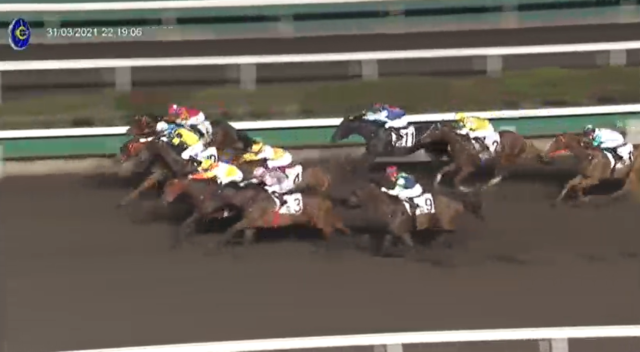 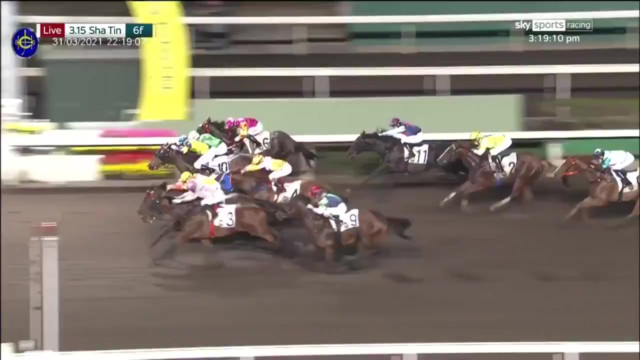 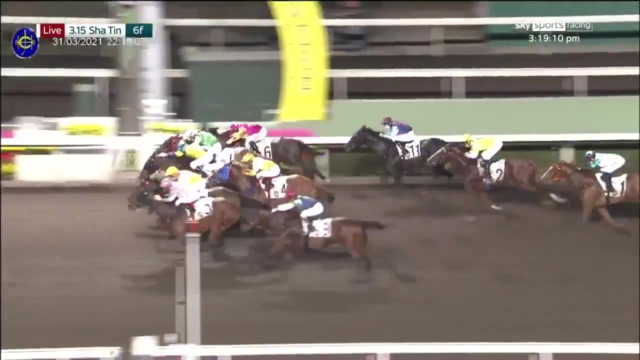 It looked like four horses were involved in the photo finish

One wrote: “Dead heat! Thought we won live, then thought we lost on the slo-mo, have to settle for a dead heat with Lucky Fun.”

Another said: “Thought I had it with Flying Bonus half a furlong out and in the end it finishes sixth.”

The scenes in Sha Tin were similar to those seen in Doncaster last July.

Four horses also crossed the line at near enough the exact same time then, only for the judge to rule a decisive winner.

Did you miss our previous article…
https://www.sportingexcitement.com/horse-racing/bha-launch-probe-into-video-of-jockey-benoit-de-la-sayette-18-after-he-denies-taking-cocaine-in-leaked-clip