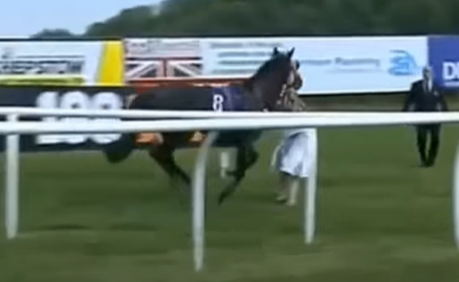 TV host Hayley Moore has recalled the dramatic moment she was sent flying by a loose horse while trying to stop it.

The Sky Sports presenter thought it was a bit ‘stupid’ at the time and now, more than two years on, feels the same about her amazing act of bravery. 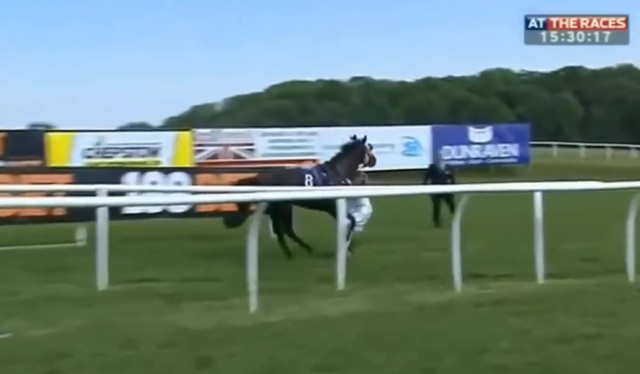 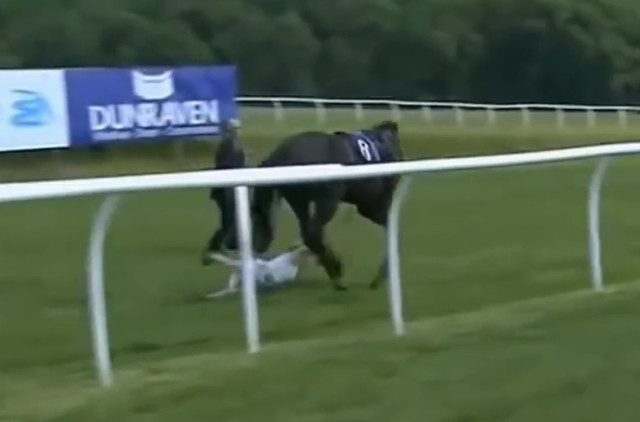 The runaway horse then carried on over the top of her 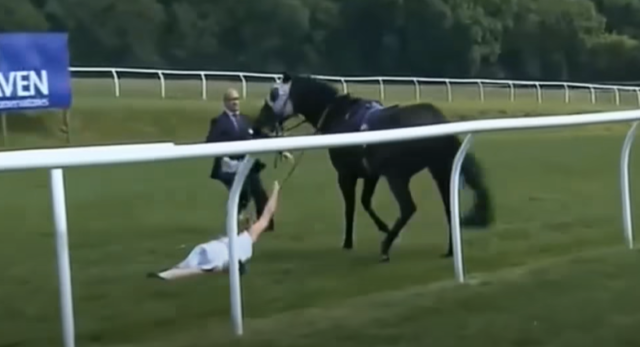 Moore was somehow able to hold onto the reins 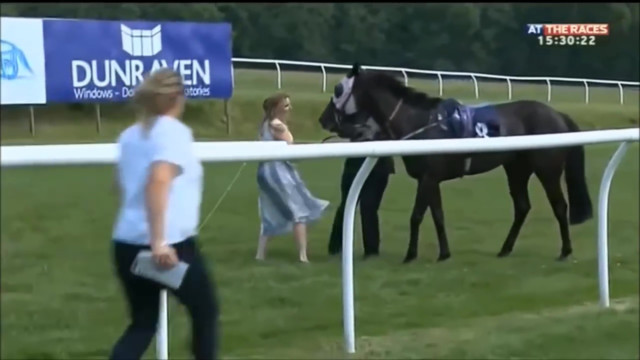 Moore became an unexpected internet sensation after the clip from Chepstow racecourse in Wales went viral.

And in an interview with the Racing Post, she has opened up on exactly what happened from that crazy day in May 2018.

Racehorse Give Em A Clump had been running wild and evading stewards for almost four miles after unseating jockey Fran Berry during a race.

Moore was presenting for At The Races at the time.

But as the loose horse came galloping towards her, she darted out onto the track to try to stop it.

Cameras captured the heart-stopping moment the horse knocked her over and then ran over the top of her.

And they were still rolling to record the moment Moore got back to her feet after somehow bringing the half-tonne animal to a standstill by holding onto its reins.

Moore, daughter of trainer Gary and brother to former champion jockey Ryan, admitted at the time it had possibly been a ‘bit stupid’ to do what she did.

And she uses the same word now to describe the moment she became an unexpected viral hit.

Describing the events again, Moore told the Racing Post: “He [the horse] headed towards me and I thought I’d go for the reins because if I stop him he’d come to a halt because he’d be exhausted.

“He circled around me and unfortunately knocked me over as well.

“I had to hold on as he needed to stop, he was exhausted.

“You’re taught to let go of a horse if you’re being dragged on the floor but I knew he was tired and held on.” 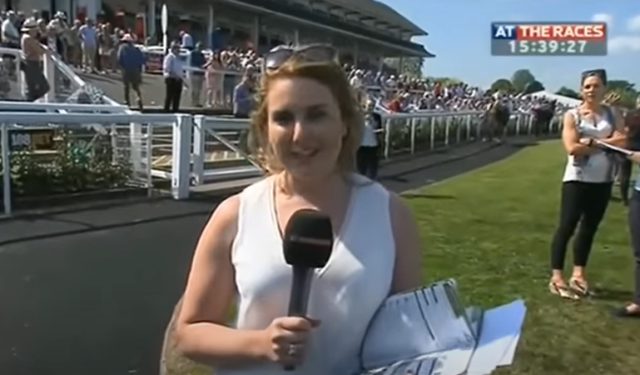 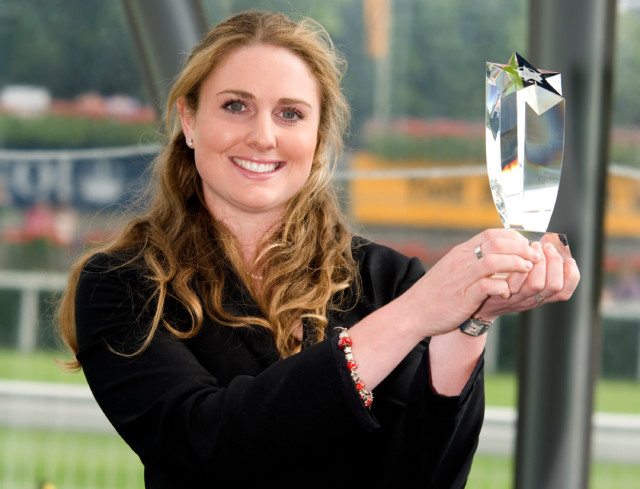 Moore added: “It was a bit stupid. I’d do it at home on the gallops but never on a track again with cameras watching.

“It got a lot more attention than I thought.

“It was quite funny looking back and watching it. It was a random thing to do.”

Amazingly, Moore went back to presenting the rest of the day’s action afterwards.

Speaking to the BBC about what happened, she said: “My boss thought it was remarkable… and said it should be a new way of testing screen presenters.”