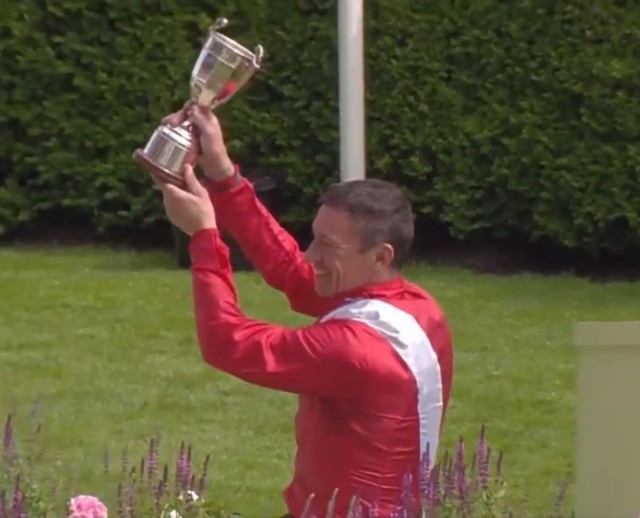 LEGENDARY jockey Frankie Dettori had punters in stitches after he dropped a trophy for the second straight day at Royal Ascot. 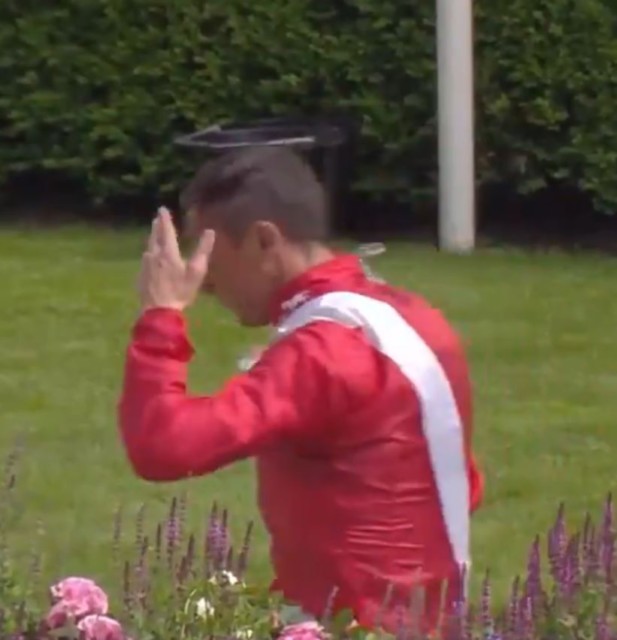 A jubilant Dettori said ‘everything went right’ as the Cheveley Park Stud-owned longshot scooped the Duke of Cambridge Stakes and £82,880 first-place prize.

But the same could not be said of the trophy presentation.

Dettori hoisted the silverware into the air but then watched in horror as the bottom fell off.

Footage showed Dettori putting his hand to his head as if to say ‘what have I done?’ before picking up the extra piece.

This was the second time in as many days that Dettori had dropped a trophy.

He did the same when celebrating after winning on Palace Pier in the first race on day one.

Punters were creasing at the top jockey’s antics, as he kept up his love affair with the Berkshire track.

One said: “You’d think he would know how the trophies work by now.” 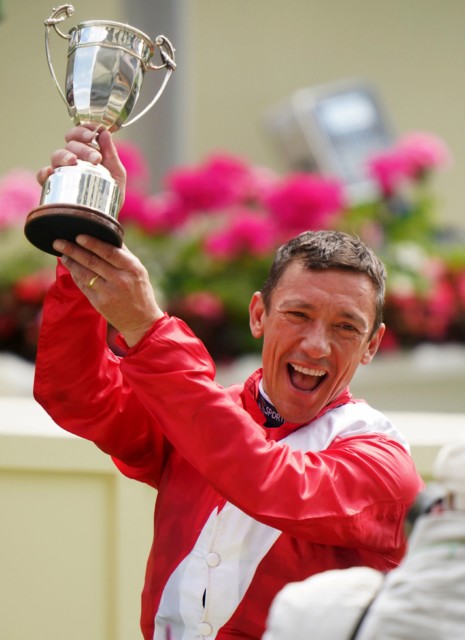 The jockey got the hang of it in the end

Another joked: “Oops! Win the race then break the trophy! Brilliant, Frankie…”

And describing the win, Dettori said: “She likes fast ground, cover and plenty of room. She got all three things today.”

Konya, who was reduced to tears, added: “It’s amazing. I’m still in shock and I don’t know what to say right now.

“I’m so happy with this horse and so grateful to be around her every day. It’s the best feeling and this is so special.”