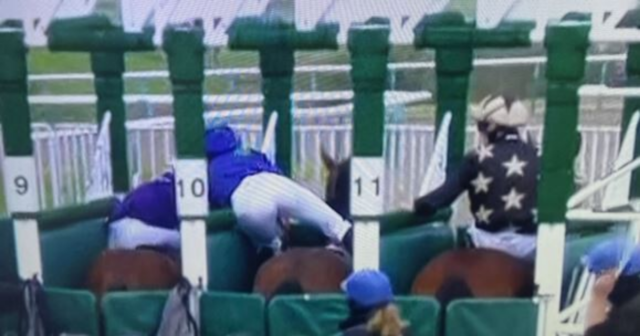 THIS is the moment hero jockey Hayley Turner saves a rival from potentially serious injury by dragging her off a horse in a scary stalls incident.

Hannah Fraser was stranded in no man’s land when her mount Critique got fractious before the first race at Lingfield.

The horse’s hind legs could be seen kicking furiously as he ducked down to try to squeeze underneath the gates.

Experienced Turner, 38, was in the stall next to apprentice rider Fraser.

She sensed danger and instinctively reached over to help out her fellow jockey.

Turner grabbed Fraser and lifted her out of harm’s way as a stalls handler also rushed over to help.

Critique escaped under the gates and ran free before being stopped, hopefully without injury.

Fraser was unhurt in the scare – and there was more good news for Turner as she won the 1m4f contest on 11-4 favourite Sundayinmay.

Sky Sports Racing presenter Luke Harvey said it was a ‘horrible experience’ for Fraser on what was just her 11th ride.

He added: “She looked as if she was going to go under the stalls, poor Hannah, and Hayley Turner, who’s in the stall next to her, actually grabbed hold of her to help her.”

Quizzed on the incident afterwards, Turner said: “She had hold of the horse and she nearly went with him.

“I said to her, ‘drop your reins otherwise you’re going to go’.

“She’s not had many experiences like that and I think she was concentrating so much to keep the horse’s head up that she forgot, actually, he’s going and she’s going to go with him.”

Punters watching at home were impressed with Turner’s actions.

Another commented: “Hayley Turner saved fellow rider Hannah Fraser from potential serious injury when Fraser’s mount Critique almost dragged the jockey under the starting stalls before the 1.00 at Lingfield.

“Turner went on to win the race! Positive karma right there.”

An example of how serious stalls incidents can be came came at Newbury last month.

Saffie Osborne needed urgent medical attention after being dragged under the gates by a horse. 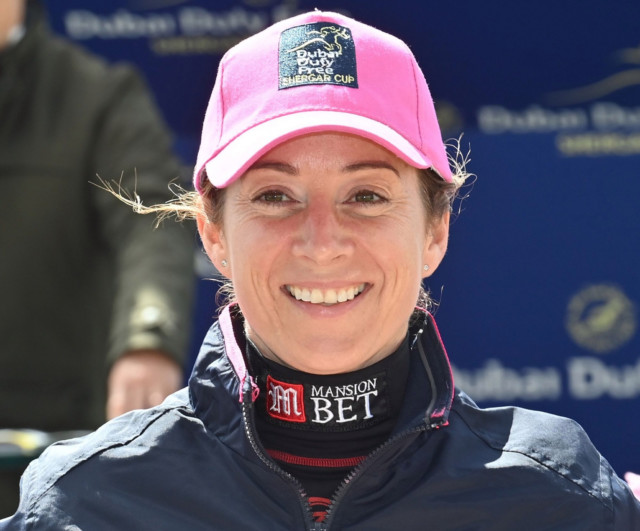 Turner was the hero, not only for winning the race, but for helping out her fellow jockey