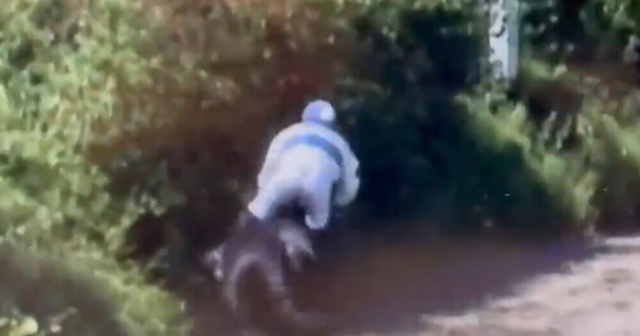 THIS is the shocking moment a horse runs full speed into a hedge – after dumping the jockey on his bum just seconds before.

The calamitous scenes happened at racing in Denmark over the weekend. 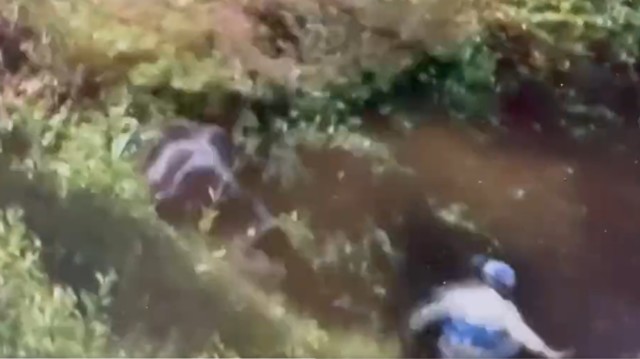 The horse literally disappeared into the hedge

A horse named Iceman not only bolted to post, but bolted completely off the course and down a dirt track.

Unfortunately for the horse’s jockey there was nowhere else to go but down.

Elione Chaves knew he was in danger so appeared to purposely jump off the horse.

It was always going to be a painful dismount and the video captured him crashing bum-first on to the dusty track.

Meanwhile, Iceman took off and flew full-force into the dense hedge.

Fortunately, reports claimed both jockey and horse were perfectly fine after the pre-race disaster.

Punters could not believe what they had seen, with a clip of the catastrophe being shared widely on social media.

One said: “Sweet Baby Jesus! Was Iceman and jockey OK after that? Definitely NOT a going day for Iceman.”

Another posted: “Hedging his bets?”

While one punter quipped: “Hide and seek… high level.”

Racing fans in Britain haven’t seen such antics in a while with the Flat season in full swing.

But there were scenes of carnage at Newton Abbot back in April when Kevin Brogan was sent flying through a plastic wing next to a hurdle.

Did you miss our previous article…
https://www.sportingexcitement.com/horse-racing/matt-chapman-christophe-soumillon-has-been-hit-with-a-ridiculously-harsh-ban-it-makes-no-sense-who-rides-inspiral/

In this article:fullspeed, notonly, theweekend