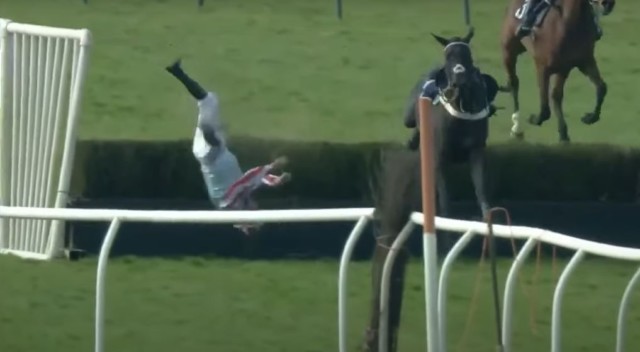 THIS is the heart-stopping moment a jockey was flung upside-down over a hurdle in a terrifying fall.

Charlie Todd was challenging for the lead on 4-7 favourite Dragon Bones when the horse unseated him at the final jump at Southwell. 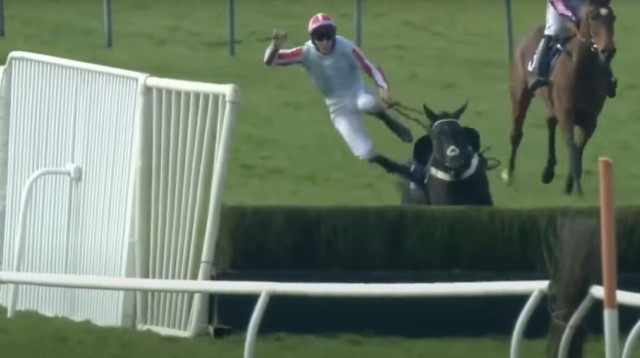 The momentum sent the jockey flying out of the saddle 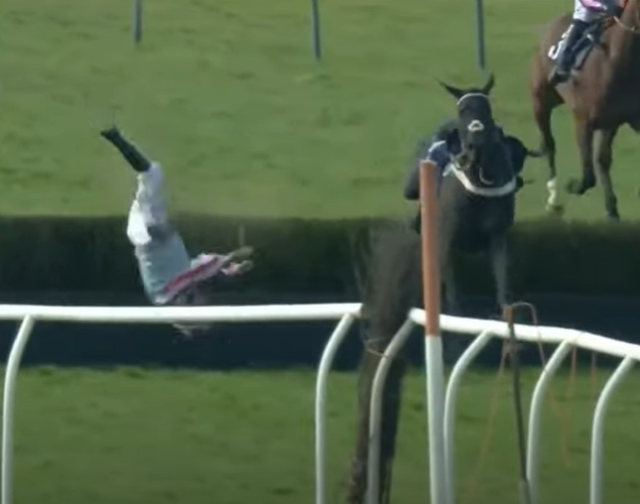 Todd went totally head over heels in the air 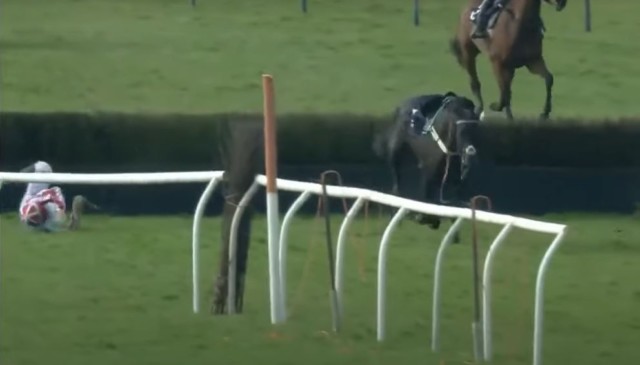 The jockey appeared to land on his feet but his momentum sent him crashing through the obstacle – to the shock of punters watching the race.

Todd was thrown head over heels and slammed into the turf on the other side.

Miraculously, he got back to this feet pretty much straight away and walked off unhurt.

Todd, a conditional rider, spoke to Sky Sports Racing after the incident.

He said “We were going along nicely but being in front she’s pricked her ears and she’s had a look at it [the jump] and wandered about it going into it.

“The way it looked she was going to run into the wing.

“What she’s done last minute has caught me off guard by going left-handed again and chucked me out the side door basically.”

Fans couldn’t believe the fall – and were thankful he was not seriously hurt afterwards. 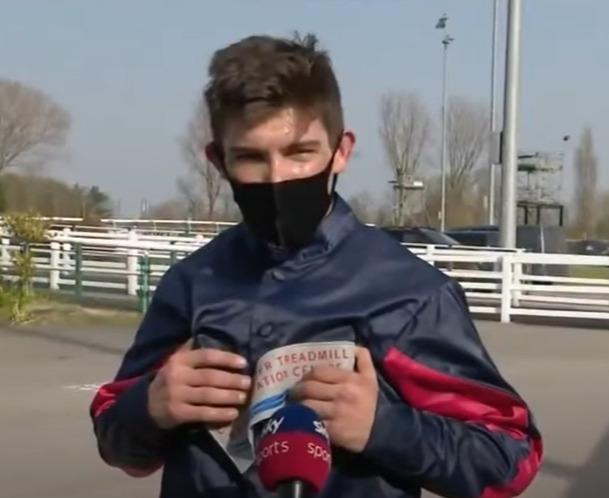 Amazingly the conditional jockey was fine after the spectacular fall

One said: “That looked nasty, glad he’s OK. A job as a stuntman beckons after retiring from racing.”

Another posted: “You Jumps lads are a different species. Best sight of the day seeing you up and walking away.”

A fellow Twitter user wrote: “That was a horrific unseat for Charlie Todd.”

Another said: “Crazy fall from Charlie Todd on Dragon Bones at Southwell.”

And another comment read: “Someone check on Charlie Todd! That unseat from Dragon Bones was NASTY!”