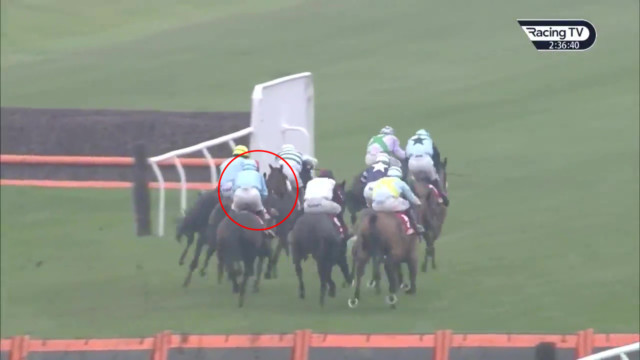 JOCKEY Harry Cobden has been axed from Sunday’s racing after a horror fall in which he ended up underneath charging horses.

The Grade 1-winning rider was reported to be OK following the nasty incident at Newbury on Saturday. 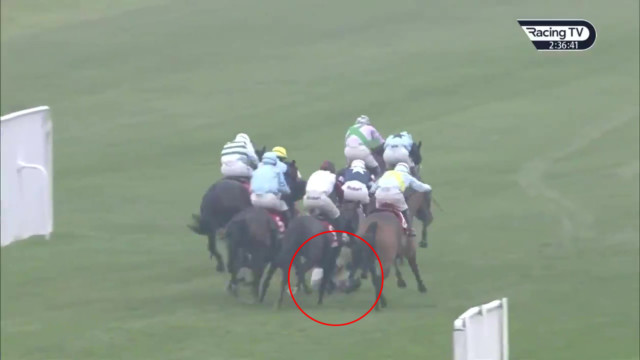 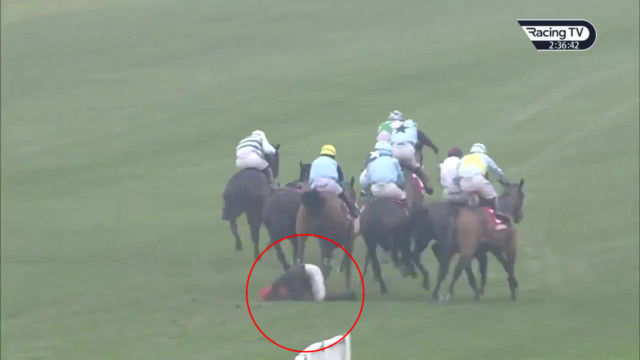 Cobden was onboard 15-2 shot and Paul Nicholls-trained horse Thyme White when disaster struck after the penultimate jump.

The horse, who was disputing third place at the time, actually cleared the hurdle in the two-mile race but Cobden lost control a few strides after.

Video showed the 22-year-old jockey lean to his right and fall off his mount.

But when he hit the deck a total of four horses were charging up behind.

They were so close that all Cobden could do was try to make himself as small as possible so they did not trample him.

TV cameras showed Cobden on the floor as the runners went past – and, thankfully, later walking to the on-course ambulance.

A tweet from Racing TV after the race finished said Cobden was OK and his horse was uninjured too.

Cobden was replaced by Sean Bowen on Secret Investor in the Ladbrokes Trophy race won by Cloth Cap.

Harry Cobden OK after his fall from Thyme White

And Robbie Power took Cobden’s place for the ride on The Russian Doyen yesterday.

Richard Johnson replaced Cobden on Queen Of The Wind in the 3.31 at Leicester on Sunday.

As it stands, Cobden is set to return to action on Tuesday with three rides booked for Southwell.

Brave jockeys know falls and injuries are part of the job – but it does not reduce the danger.

Flats jockey Eoin Walsh was rushed to hospital with a broken back earlier this week after a fall at Chelmsford.