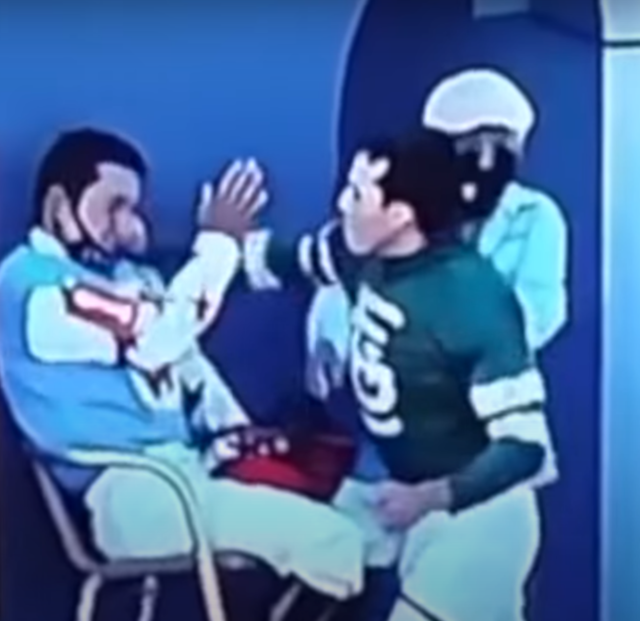 THIS is the shocking moment a jockey punches a rival in the face THREE times during a ferocious post-race bust-up.

Famed rider Irad Ortiz Jr saw red and clocked a seated Paco Lopez after they clashed in a contest.

Lopez recoils when Ortiz Jr’s fist lands on his cheek, but Ortiz Jr goes back in for more.

He follows up with a left-handed punch to the nose as one horrified bystander watches on.

Ortiz Jr then throws one more big hook that connects with Lopez, who by this point is falling forward out of his chair.

Security are on hand but fail to rush in quickly enough to stop the fight.

Incredibly, it was Ortiz Jr, the jockey who won the race, who sparked the chaos.

The Puerto Rican superstar, who has nearly 2,500 career winners, recorded an 11-length triumph on 1-2 favourite Known Agenda at Gulfstream Park racecourse in Florida, US.

Lopez came second on Top Gun Tommy – but Ortiz Jr took exception to when Lopez veered out on his mount rounding the bend. 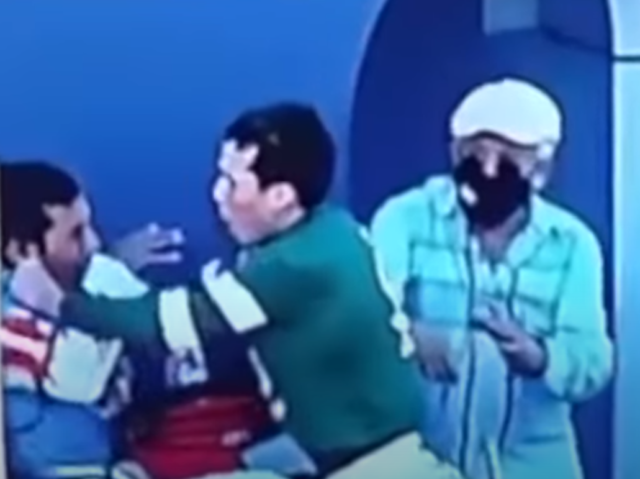 Ortiz Jr has been fined for his attack 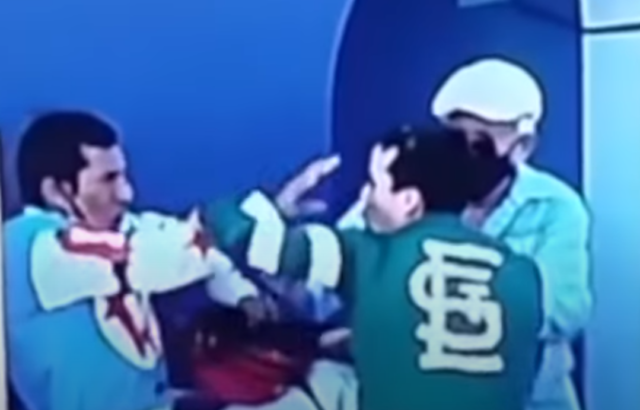 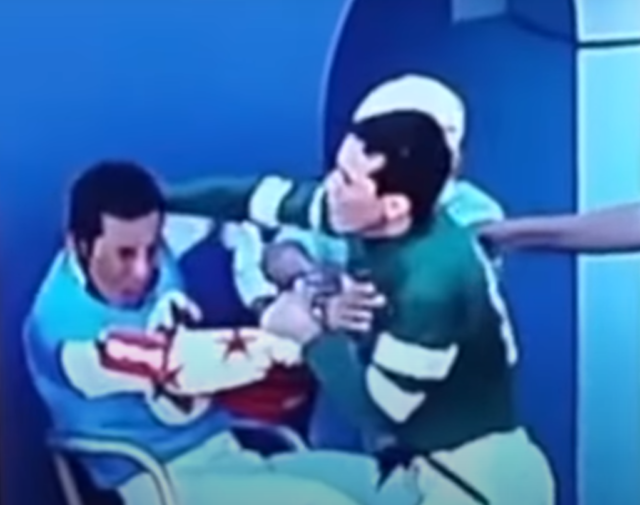 Lopez and Ortiz Jr both face being ‘excluded from Gulfstream Park racetrack’ if they have another bust-up, reports claim 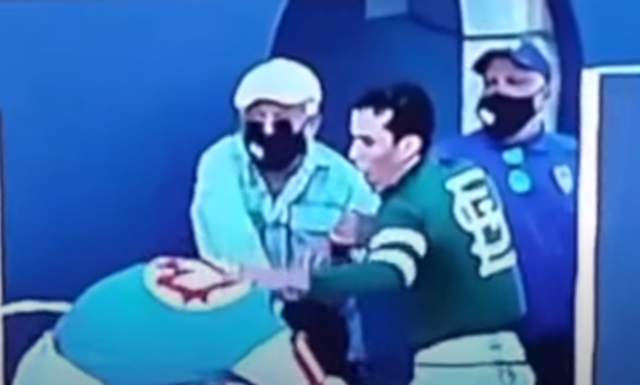 The jockeys were filmed shouting at each other after getting off their horses.

Ortiz Jr has been fined £717 for his act of violence following the race last Friday. 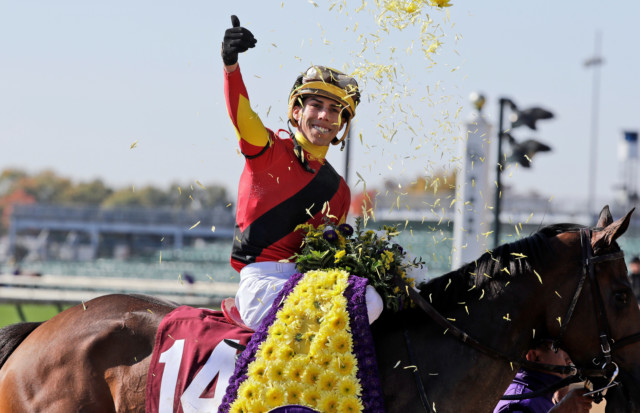 Both jockeys have, according to reports, been ‘placed on probation’ as well.

That means any further bust-up between the pair will result in ‘fines and/or suspension and possible expulsion from the grounds’, according to Daily Racing Form.

Jockeys are no strangers to stunning fights.

The Breeders Cup is remembered for perhaps the most famous of all, when Calvin Borel threatened Javier Castellano.