Watch Paisley Park win after giving rivals 20-length headstart, go WRONG way and be told to ‘give up’ by Ruby Walsh
Advertisement 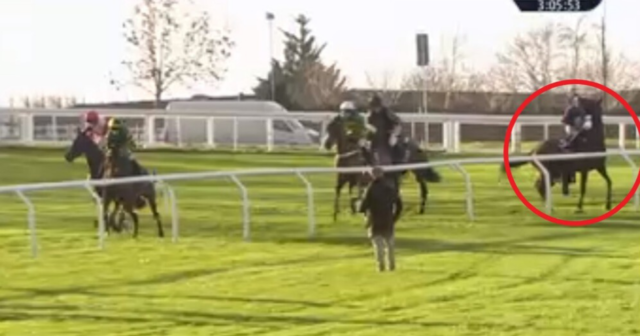 PAISLEY PARK produced one of the most incredible victories ever after giving rivals a 20-length headstart and being told to ‘give up’ by Ruby Walsh.

The fan favourite made the legendary jockey eat his words after charging up the hill to win at Cheltenham. 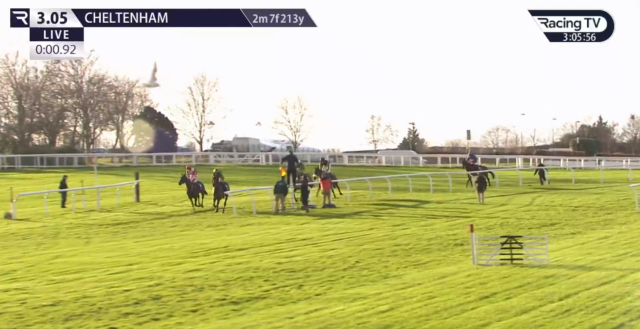 "No, you just give up and head back to the Parade Ring"

Even @Ruby_Walsh gets it wrong every now and then

Astonishing stuff as Paisley Park wins a third Cleeve Hurdle at the expense of Champ after fluffing the start and looking in big trouble.

Victory looked impossible at the start after Paisley Park went the WRONG way.

The horse spun around and turned his back on his rivals, which included fellow Festival winner Champ.

Paisley Park saw his rivals thunder off and half-way round Walsh, asked if he would have carried on if he had been in the saddle, told ITV viewers: “No. You just give up and head back to the parade ring.

“He’s running around now in a race he can’t possibly win.”

But the Emma Lavelle-trained stayer travelled ominously well after that, picking off rivals one by one.

And coming to the last he drew level with Champ and found the extra gears up the famous hill to win at 5-1 in the most extraordinary circumstances.

The victory in the Grade 2 Cleeve Hurdle was even sweeter for Paisley Park’s West Ham-mad owner Andrew Gemmell.

Gemmell, who is blind and beloved by punters for his top horses, is recovering from a heart op.

Speaking afterwards, jockey Aidan Coleman said a film should be made about Paisley Park’s career.

And asked about the infamous start, Coleman said: “I was waiting for it – and he still did it!

“People have been writing him off, Wetherby… he did really well at Newbury, we rode him wrong.

HOW DID HE WIN AFTER THIS?

Paisley Park was matched at a high of 48 on @BetfairExchange before going on to win his third Cleeve Hurdle.

He’s now 7/1 from 25/1 for the Stayers’ Hurdle at the Cheltenham Festival in March.

“We gave him a great ride at Ascot but this (Cheltenham) is his track.

“He’s won three Cleeve Hurdles now and a Stayers’ and he can win another one (at the Festival in March).

“At the top of the hill I thought, ‘they’re not getting away from me’ and I definitely thought that turning in.

“I knew he was going to hit the line and it’s very special.

“The comeback… there’s always a multitude of stories with this horse.

“Andrew his owner is a little bit ill but he’ll be delighted at home.

“They’re due to make a movie out of this horse I’d say.”

Lavelle, who could not contain her joy afterwards, told Racing TV: “Did I expect that, when the tape went and he went the wrong way? No!

“But it was typical Paisley, he can’t do things in a simple way!

‘THEY SHOULD MAKE A MOVIE OUT OF HIM’

“Once he had made up the ground we were delighted, it was the third last you could tell he had plenty left in the tank.

“You know with Paisley he is going to stay up at that hill and he did, he loves it here.

“Aidan said this is his track, it suits him. It isn’t about speed, it’s about staying.”

Victory in the race netted connections just shy of £40,000 and saw the horse slashed to 8-1 from 33-1 for the Stayers’ Hurdle at the Festival in March.

But that’s in the future and for now it was all about fans absolutely loving this most incredible of victories.

Another commented: “He’s back!”