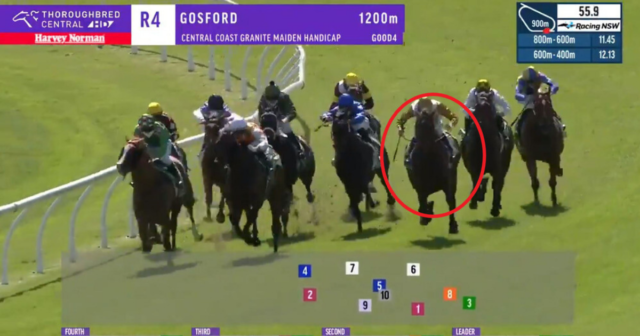 THIS race sparked punter uproar after a jockey was banned for pleading guilty under the non-trier rule.

But racing fans thought it was ‘a joke’ he was suspended in the first place because there was nothing wrong with his ride.

Australian rider Regan Bayliss was slapped with a three-week suspension after finishing second in a six furlong contest at Gosford.

The Group 1-winning jockey will now miss money-spinning rides in the prestigious Spring Carnival after he admitted failing to ride out his mount.

Bayliss was charged by stewards for his actions on the Gai Waterhouse and Adrian Bott-trained All Too Scottish.

The three-year-old filly looked to be travelling really well approaching the post on Thursday.

But All Too Scottish was chinned on the line by the fast-finishing Midori Beauty on the outside.

Stewards took a dim view of Bayliss’ actions in the closing strides and decided to charge him.

They initially wanted a six-week ban but halved it on account of Bayliss’ guilty plea, his good record and the feature meetings he will miss.

A statement read: “Rider R Bayliss pleaded guilty to a charge under AR131(b) in that he failed to ride his mount out to the end of the race, which was placed second, beaten a short head.

“R Bayliss’ licence to ride in races was suspended for a period to comment on Sunday, October 17 and to expire on Sunday, November 7.”

Bayliss has since appealed the length of the ban – but punters thought he was wrong to get punished in the first place.

One said on Twitter: “Wow, that is not worthy of a suspension.”

Another wrote: “Just watched the replay and thought… what was wrong with that?”

One posted: “I part own that horse and @Reganbayliss couldn’t have done much more, I thought it was a terrific ride.”

Another said: “I think this is a rough call on Regan Bayliss, I think no matter what he does on his horse it was always going to get beaten, the horse was at full momentum and could not have gone any faster over the final stages.”

One punter wrote: “That’s a joke of a suspension. There are far worse rides that go unnoticed. Absolute disgrace.”

While a fellow racing fan said: “That’s a pretty stiff suspension looking at the footage.”

Bayliss’ reduced ban means he is free to ride The Inferno in next Saturday’s Everest – the richest turf race in the world worth £8million.

All Too Scottish was in command right until the dying strides 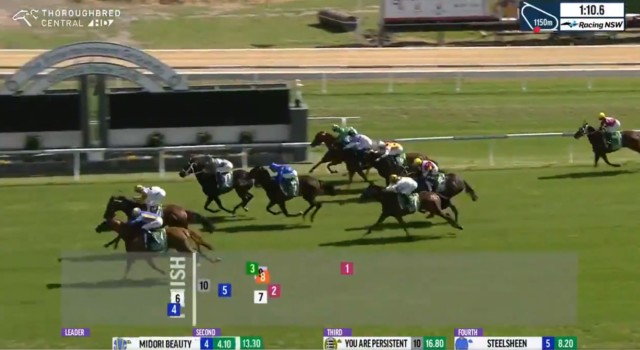