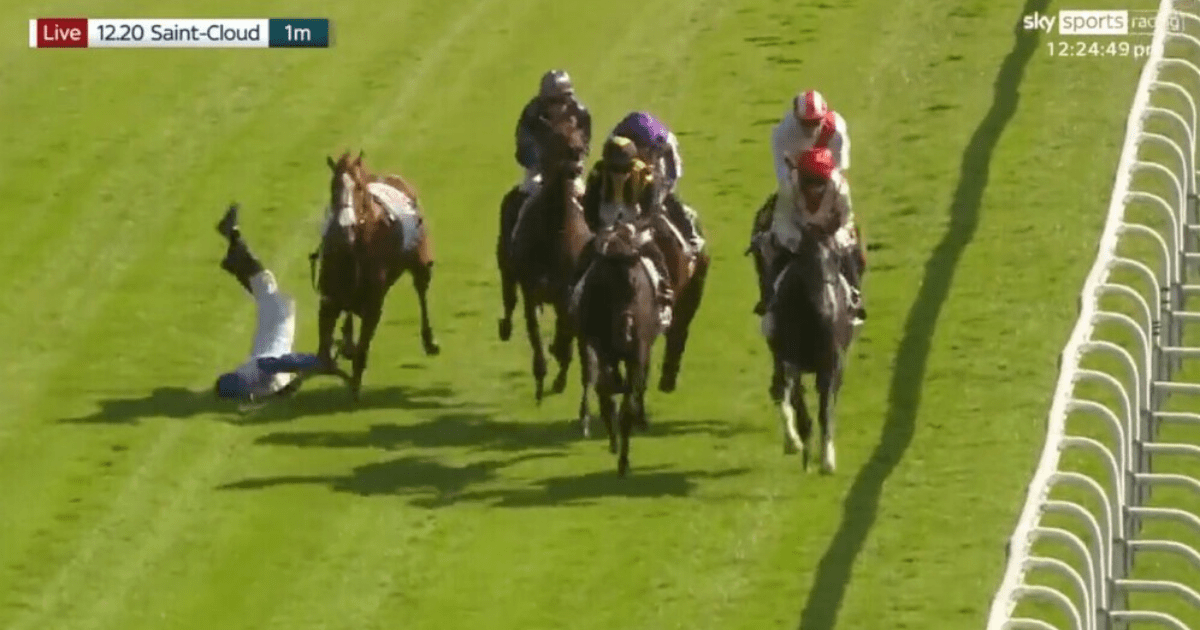 THIS is the sickening moment jockey Christophe Soumillon pushes rival Rossa Ryan off a horse mid-race.

Recent Coral-Eclipse winner Soumillon’s moment of madness came as a jockey in Ecuador was given a lifetime ban for doing the exact same.

And it could not have been more deliberate on legendary Belgian jockey Soumillon’s part.

Racing bosses are likely to come down hard on the rider, who is on big fancy Vadeni in Sunday’s Arc.

Rossa was seen walking to the on-course ambulance for treatment.

A Sky Sports Racing pundit likened Ryan’s impact to jumping out of a car sunroof at 35mph.

Stewards immediately disqualified Soumillon’s horse from the race – and now there are serious doubts about whether he will be able to ride Vadeni in Sunday’s £4.2million blockbuster at Longchamp.

Punters were simply in shock at what they had witnessed in the 12.20 race over a mile.

One said: “Licence should be suspended with immediate effect.”

Another said: “Disgusting this is.”

One comment read: “Watched the full race back and Rossa Ryan did nothing to make Soumillon lash out at him like that, makes no sense at all.”

A fellow Twitter user wrote: “This is absolutely shocking behaviour.”

In this article:moment, pushes, rossa