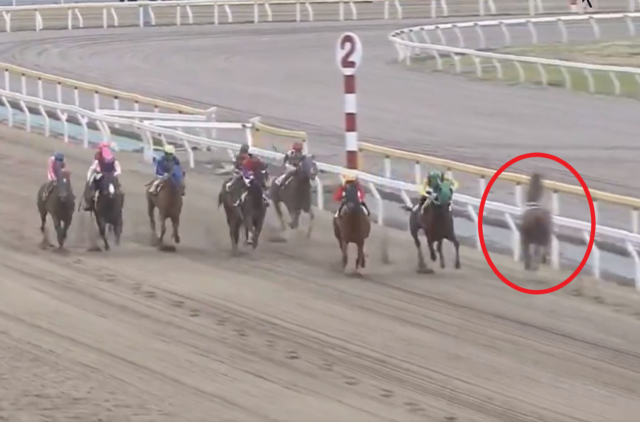 THIS is the terrifying moment a loose horse running the wrong way round a track charges into other runners mid-race.

Disaster was fortunately avoided thanks to the quick thinking of jockeys competing at Funabashi in Japan.

Multiple TV cameras captured the jaw-dropping moment the wild runner sprinted up the track as those still in the race and their jockeys charged down the home straight at speeds of up to 40mph.

He got back to his feet and carried on running, a common occurrence in races.

But this was unique as the horse went in the opposite direction to the others and they met up again in the final furlong.

One camera from the behind the finish line showed jockey Joji Wada on Sounding Bell being forced into a last-second swerce as Malagnino bounded up the rail.

Amazingly, stewards at the track just outside Tokyo decided the rogue runner was not enough to warrant the race being scratched.

The result stood despite the clear interference to Wada and mount Sounding Bell, much to the shock of punters.

One said: “They let this stand, absolutely unreal.” 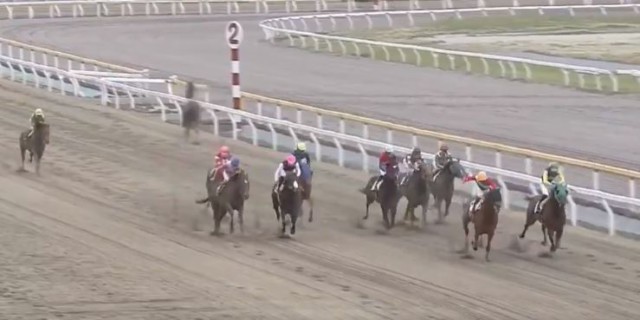 The horse on the inside rail was forced into evasive action 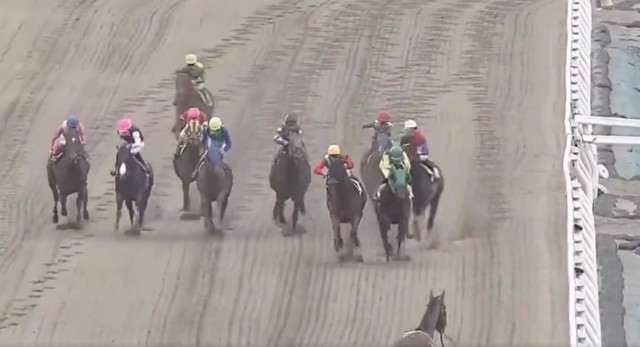 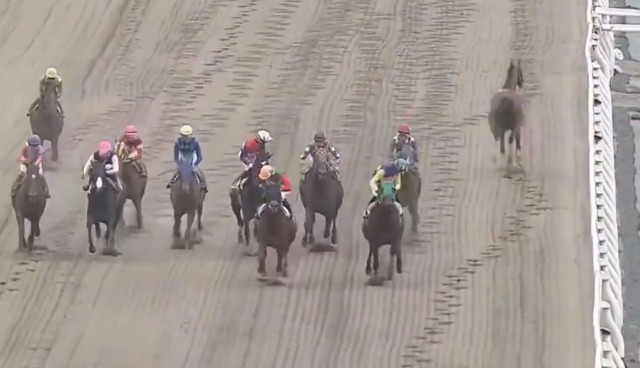 Another commented: “They let that result stand! Too bad if you were on the No 1 horse… crazy.”

A fellow Twitter user wrote: “Good riding from the jockey to avoid the wayward horse, but the stewards have had a shocker by letting that race stand.”

While another fumed: “What should have happened is a flag waved and the horses stopped on the last corner. Someone could have died, which is why you call off races when this happens. Instead they let this stand. Absolutely incredible garbage and the stewards should no longer have a job.”

Although one man risked death earlier this year by running into the middle of a horse race.