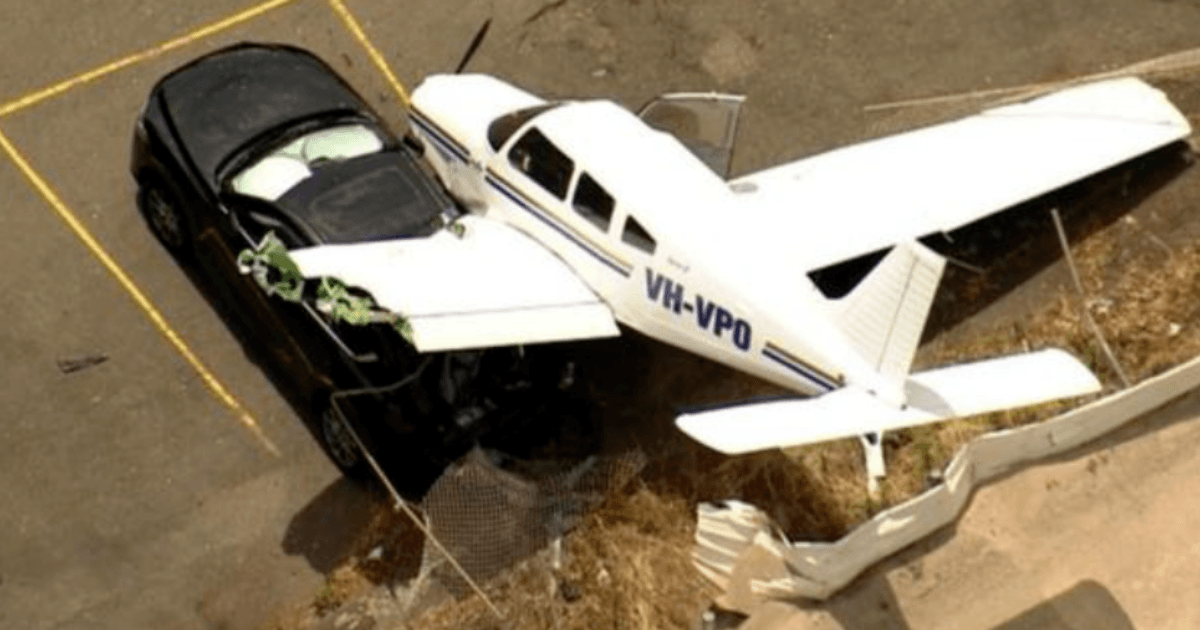 THIS is the shocking moment a plane crash landed onto a racecourse after losing power mid-flight.

The small aircraft came spiralling down moments after taking off and ploughed into a parked car.

Thankfully no one was injured in the terrifying smash

CCTV footage captured the dramatic moment the plane skidded across the track at Bankstown City Paceway in Sydney, Australia.

One witness who rushed to the scene said she saw the pilot clamber out of the cockpit trembling with fear.

The Daily Mail report a woman named Sharon said: “I went out there and by this time the pilot was walking up towards the club and he saw me and he just fell to his knees.

“I said, ‘of course’ and he hugged me for a few seconds.

Incredible crash-scene photos showed part of the plane’s wing missing and a crushed black Mazda in the car park.

Fortunately the car was empty at the time.

The pilot is reported to have said the six-seater Piper PA-28 plane stalled at 300ft and rapidly lost power.

He sent a radio message to air traffic controllers saying the engine had failed and contacted them again once he had crashed.

The pilot is reported to have told controllers: “I’ve been in a bit of an accident here, my engine cut out.”

Fire crews set up an exclusion zone around the crash site and evacuated five people from the immediate area.

Police confirmed they spoke to the pilot, who was believed to be a 28-year-old male, and that he was uninjured.

This is the second air crash to hit racing in recent weeks.

A helicopter carrying multi-millionaire owner Dai Walters and trainer Sam Thomas plummeted into woodland in Wales moments after taking off.

Thomas, 38, who suffered minor injuries, said Walters, 77 is ‘on the road to recovery’. 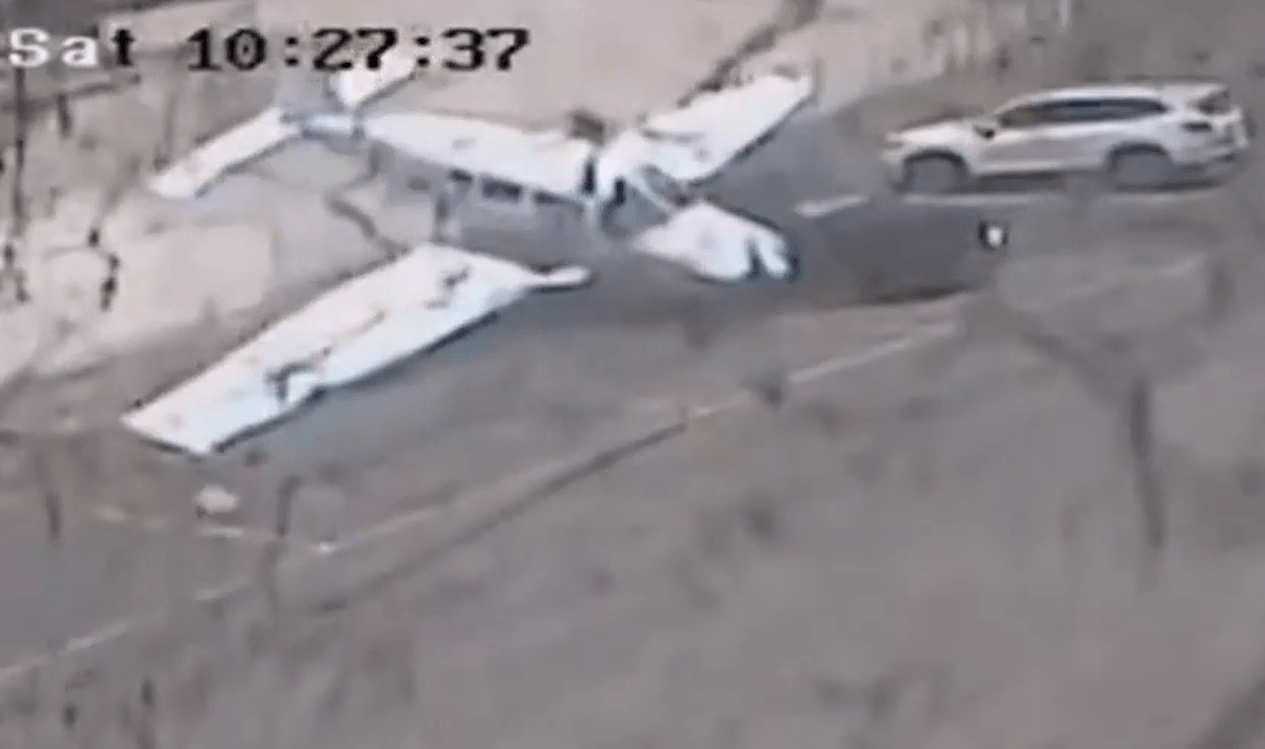 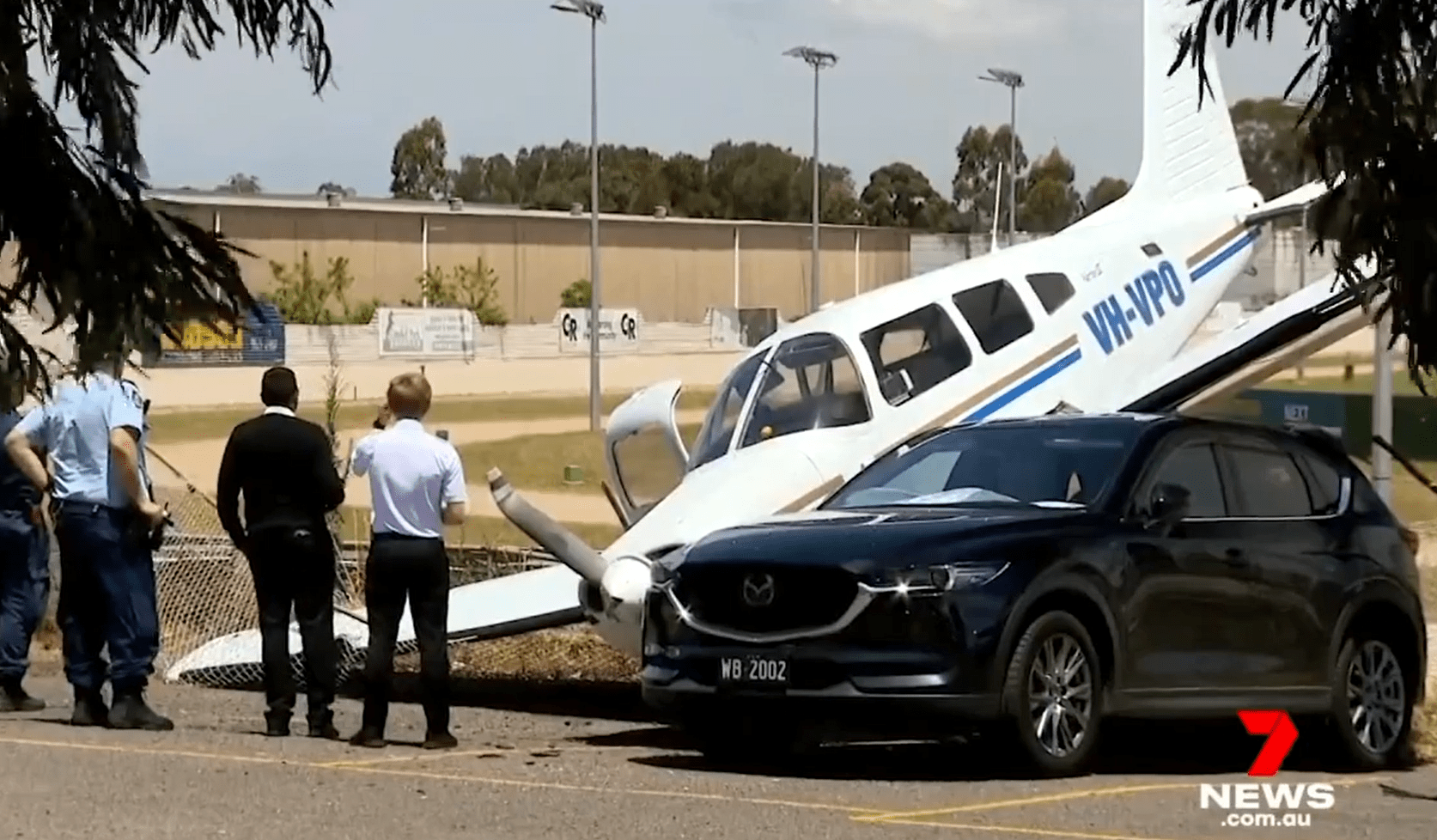 It was an absolute miracle no one was injured when the plane crash landed
Did you miss our previous article…
https://www.sportingexcitement.com/horse-racing/cancer-has-chipped-away-at-me-former-england-striker-mick-channon-73-on-life-after-his-devastating-diagnosis/

Advertisement. Scroll to continue reading.
In this article:crashlands, moment