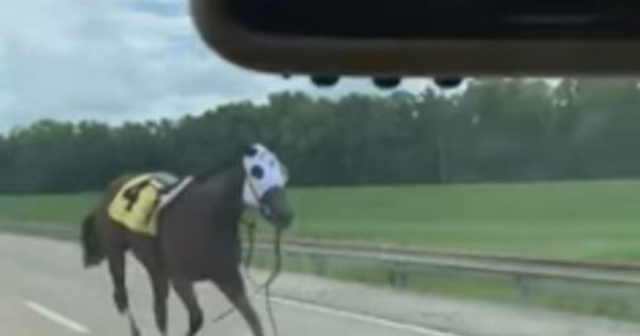 THIS is the terrifying moment a loose racehorse charges at a car on a motorway after bolting out of the racecourse and into traffic.

The absolutely incredible scenes occurred after Bold And Bossy unshipped jockey Miguel Mena before a race at Ellis Park in Kentucky, US, on Saturday.

Video showed the horse galloping into oncoming traffic on a four-way motorway, with stunned motorists capturing the surreal scenes on video.

One shocked witness, Cullen Stanley, recorded the moment Bold And Bossy ran straight at his car.

He wrote: “Horse running at me full speed on I-69 today.

“No idea how it started or ended. Odd times we live in.”

It started when the horse sent Mena flying when being led onto the racetrack about five minutes before her debut in the first race on the card.

The jockey got back to his feet unhurt by the horse bolted off into the distance.

The racetrack announcer said: “We have a loose horse on the track.”

That turned out to be a massive understatement as the two-year-old filly somehow made her way onto the nearby motorway.

Another video showed her galloping down the hard shoulder, as trainers Wes Hawley and Jack Hancock gave chase in their cars.

A horse ambulance was also in pursuit, with the poor horse – who was wearing blinkers meaning she couldn’t see either side of her – eventually being caught after two miles of running.

Bold And Bossy’s trainer Michael Ann Ewing said it was a miracle she wasn’t hit by a vehicle and escaped the whole ordeal without serious injury.

She said: “This scenario is the last thing you think of when they go to their first race, a two-year-old baby race.

“You think of all the silly baby things that are going to go wrong. I didn’t think this.

“But she’s doing well. Thank God for all the people who jumped in to go find her. Because she left town. Thank God she wasn’t hit.

“She’s not lame. No (broken) bones or stitches needed. Probably traumatized mentally, but she’s going to be fine.

“We’ll have our own vets check her out and monitor her, and after a few days to make sure everything is good I’ll probably give her some time on the farm. But thank God she’s fine.

“Wes and Jack said basically she was worn out and was begging for someone to catch her.

“She was slowing down and saying, ‘help me’, Which they did. They were so great. I do have to say, the racing community is so great.”

Hancock said: “A gentleman and his wife caught her. We checked her out pretty good while we were there. Superficial cuts, a little bit of blood. But all in all, she was in great shape for what happened.

“Amazing she didn’t get hurt. All she lost was two shoes and had a little scratch here and there. As far as I’m concerned, she’s in amazing shape.” 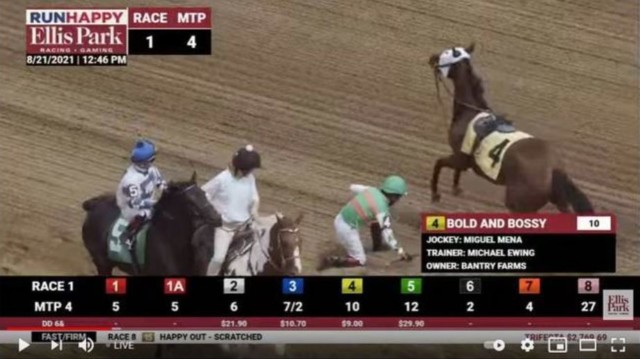 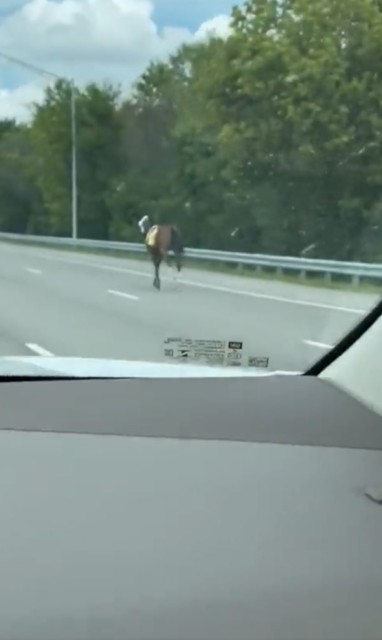 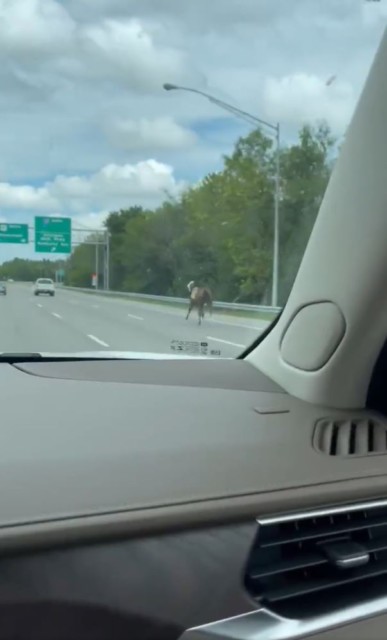 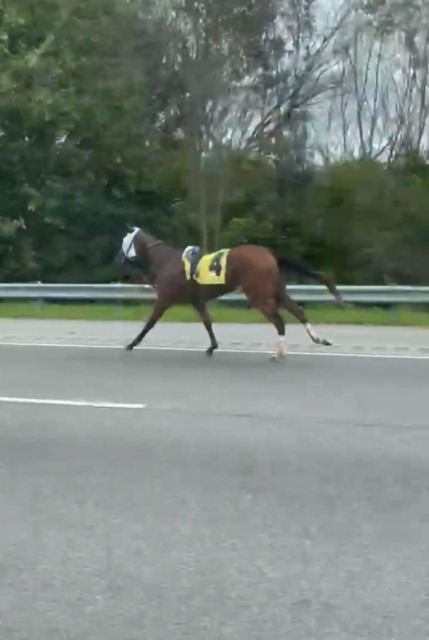 The horse was wearing blinkers which made her harder to catch

Did you miss our previous article…
https://www.sportingexcitement.com/horse-racing/excitement-grows-as-the-queens-reach-for-the-moon-wins-solario-stakes-and-now-just-14-1-for-epsom-derby