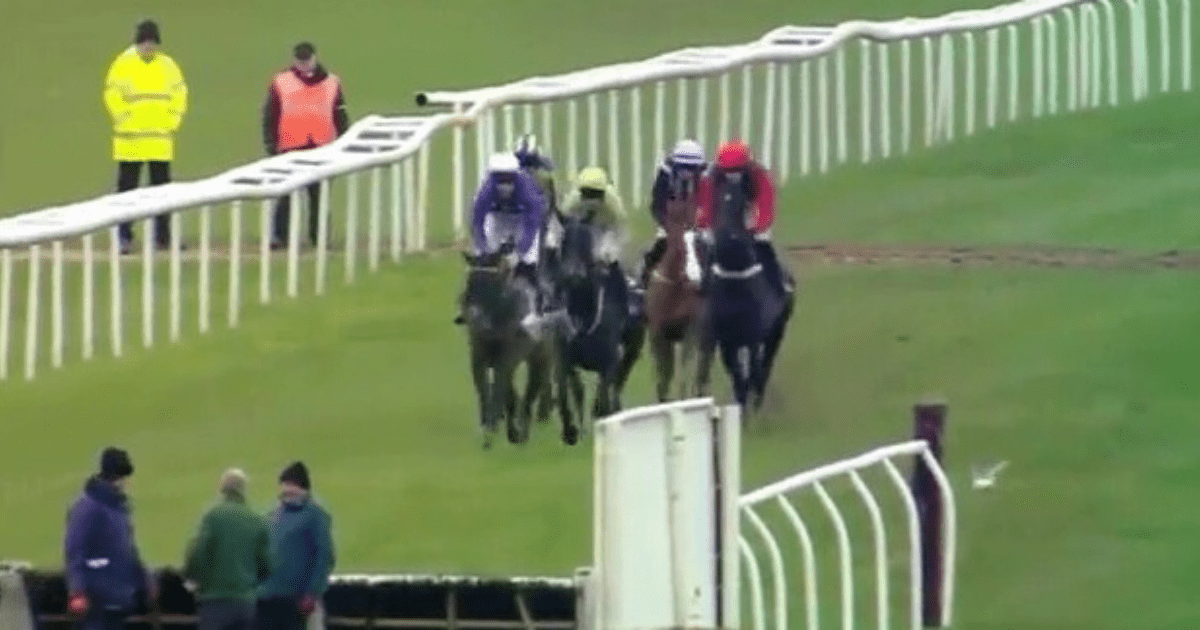 GROUNDSMEN at Doncaster got the surprise of their lives when they were nearly RUN OVER mid-race on Saturday.

In the first race of the day three groundsmen stood in front of the second fence – despite the novices’ hurdle being underway.

Three groundsmen stood talking in front of a fence mid-race

They quickly ran away before being trampled on by the field

They stood there chatting, blissfully unaware that the five runners were hurtling towards them.

Finally they spotted the danger moments before the field took the jump.

And the trio sprinted to safety just in time to avoid being trampled.

Luckily nobody was injured in the incident and the race continued as normal.

All five horses negotiated the fence safely, with the three careless groundsmen safely at the side of the course by that point.

But things could have been a lot worse had they not spotted the danger just in time.

Fans were left baffled as to why they were stood in front of the fence while the race was off.

One said on Twitter: “Got to wonder what they was thinking.”

Part of another tweet said: “I cannot understand why they were still at the fence when they knew there was a race on.”

And a third joked: “Can anyone hear thunder in the distance?”

The 2m½f contest was eventually won by 10/11 favourite Rare Edition.

Elsewhere on Saturday, Bryony Frosy was rushed to hospital after a bone-crunching fall from Sir Psycho at Bangor.

The 27-year-old was reported to have suffered a broken collarbone.