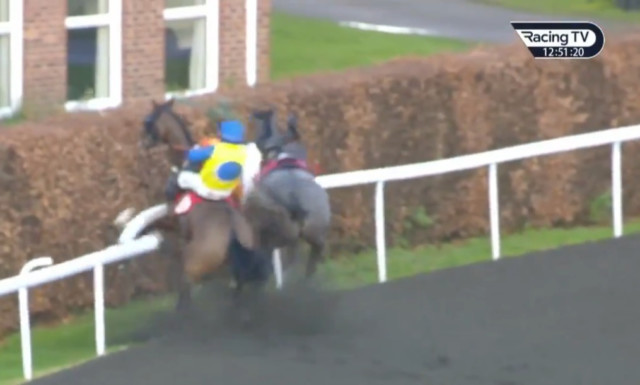 TWO horses crashed through a fence and into a HEDGE during scenes of total chaos in a race at Kempton. 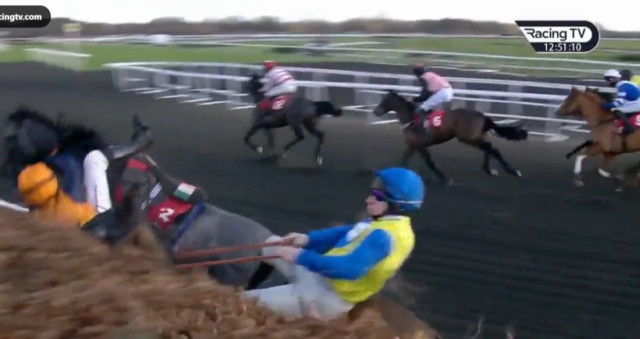 Cameras captured the astonishing crash in the juvenile hurdle contest

The two front-runners had been leading the 2m juvenile hurdle race when they both charged off in totally the wrong direction.

Cameras then captured the moment the two horses crashed through the perimeter barrier before ending up in a boundary hedge.

McGrath was shown going through the fence back-first with Sheehan following suit.

Both jockeys and the two horses were reported to be OK following the flashpoint.

But the drama in the action-packed first race did not stop there as the leader fell at the final hurdle.

Honneur D’ajonc, ridden by Chester Williams, took a tumble with the race at its mercy.

Fortunately again both the horse and jockey were OK.

Racing fans reacted with shock and disbelief at the stunning crash. 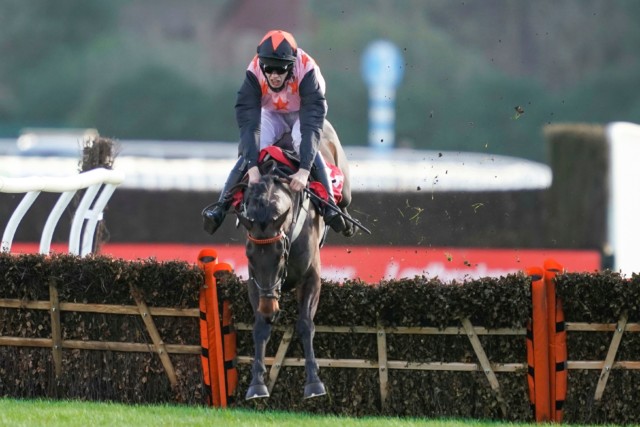 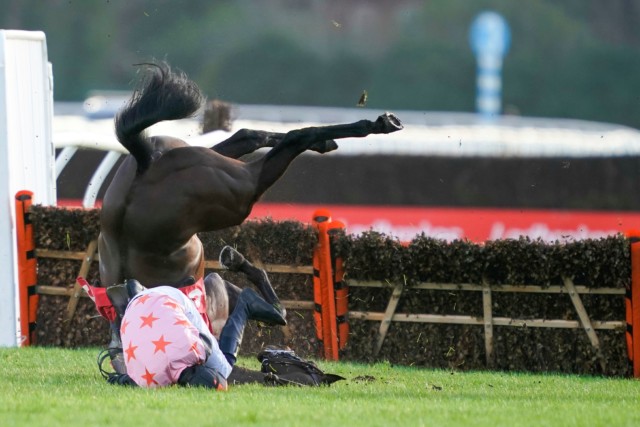 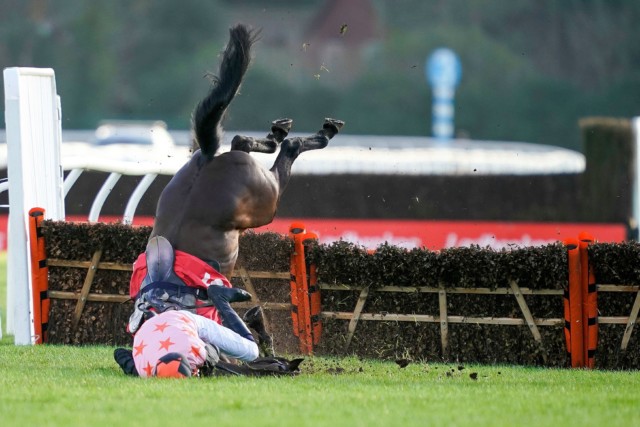 The horse fell with the race at its mercy

One said: “Someone’s still p***ed from Christmas Day by the looks of it.”

A fellow viewer posted: “2020 summed up in a horse race right there.”

A fellow racing fan said: “I expect the hedge was softer than landing on the floor!”