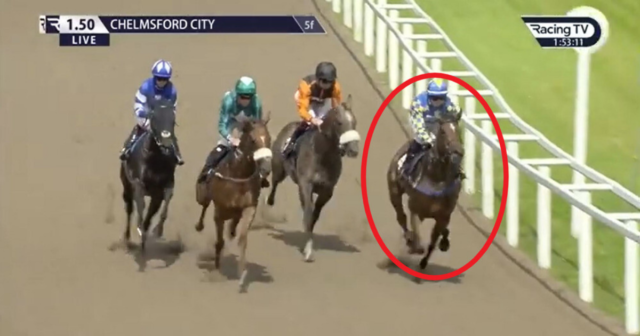 THIS is the moment chaos hit Chelmsford as a horse lost control and ‘violently’ took two others out of the race.

Champion jockey Oisin Murphy was gifted his ‘easiest win of the season’ following the mid-race flashpoint.

Drama! @oismurphy is unlikely to have an easier winner this season as Saatty is gifted the opener at @ChelmsfordCRC with the free-running Independent Beauty carrying out the other two runners on the bend for home pic.twitter.com/B3MolPS095

The drama unfolded when 11-1 leader Independent Beauty hung badly right going round the bend in the 5f contest.

Jockey Aled Beech was unable to steer his mount back towards the inside running rail, where Murphy was on 4-6 favourite Saatty.

Grace McEntee on 22-1 Mick’s Spirit and Kieran Shoemark on 7-4 Taylored were forced into dramatic changes as they battled to get back into the race.

But being caught on the outside of the Lisa Williamson-trained Independent Beauty meant they had yards and yards of ground to make up on Murphy.

That was an impossible task and the 25-year-old Irishman had no one challenging him for the lead as the post approached.

Independent Beauty was travelling keenly on the inside 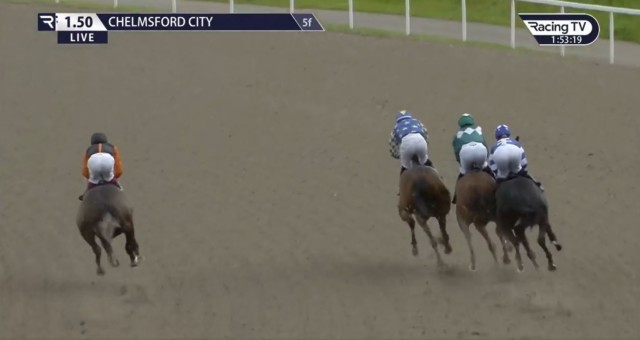 McEntee recovered best, guiding her mount to second but some seven-and-a-half lengths behind the winner.

Taylored was a further length and three quarters behind, with Independent Beauty coming last.

It’s not like Murphy, who leads the Flat jockey standings, needs any help being first past the post.

But one comment on a clip of the incident said: “Oisin Murphy is unlikley to have an easier winner this season.”

Stewards reviewed the race to check for any riding offences.

The official report read: “Approaching the bend leaving the back straight, a free-running INDEPENDENT BEAUTY, placed fourth, hung violently right-handed despite its riders best efforts to correct the filly, carrying both TAYLORED (IRE), placed third, and MICK’S SPIRIT, placed second, wide across the track resulting in both runners losing many lengths, but after viewing a recording of the incident, it was found that no riding offence was involved.”

It was an unfortunate race for Williamson, who recently celebrated her stable star Celerity winning on the 106th attempt.

The owner of the worst record in British and Irish racing, the filly went off at an unfancied 33-1 but triumphed impressively at Haydock last week.

Hopefully Independent Beauty can take inspiration from that and wind up a winner next time out. 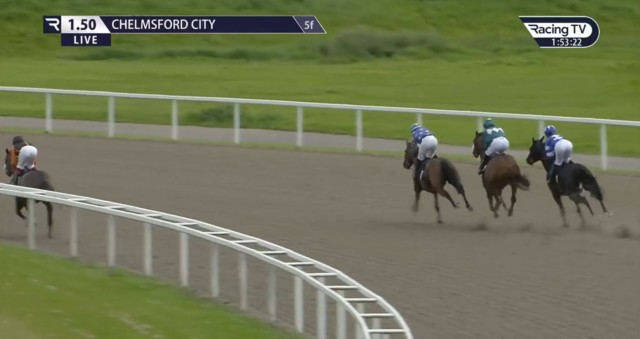 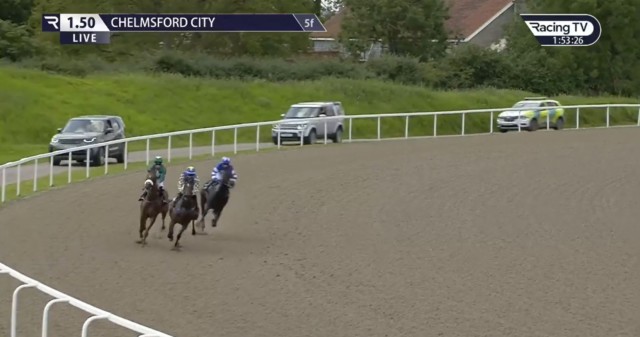 In this article:Chelmsford, Haydock, Oisin Murphy