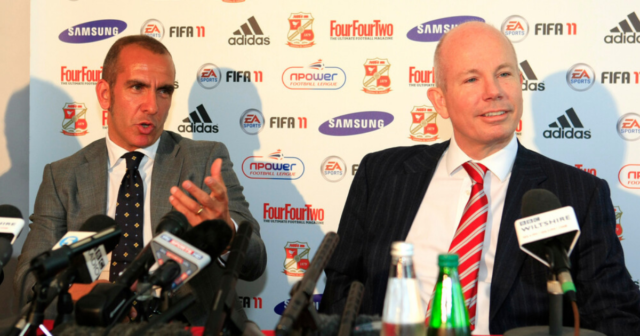 “YOU get lots of people who are just bloody rude about it to be honest,” laughs Racing League chief Jeremy Wray.

It has been an uphill battle to get the brand spanking new competition going and its founder has always been in the firing line.

Sleepless nights, irate trainers and a global pandemic have made the launch a rough one at times.

But that’s all in the past and the hard work has paid off with a serious field assembled for lift-off.

The majority of racing’s big names feature across the 12 teams and for Wray he will finally be able to see his baby reach maturity.

“You wake up in the middle of the night sweating and think, ‘oh God, what if nobody turns up.’

“But I’m delighted with all the teams. And when all the squads were sent through the other day by the trainers that made things a bit more real. One team even tried to put through 32, but there we are!

“It’s really gratifying to have the people we do. When you look at it in a conceptual form, you can have as many people as you like say ‘oh yes, that’s interesting, good luck.’

“It’s another thing altogether actually nailing people down, few people want to put their head above the parapet until they know what other people are doing.

‘I WANT FERGIE VS WENGER’

“So I’m very grateful to those who at the start committed. Once people see the benefit it hopefully has on the sport then more and more may think, ‘yes, count me in.’”

Like all good ideas, Wray’s concept for the Racing League came over a pint in the pub.

A long-time owner in the sport, Wray hopes that the great game he loves can finally break into a new audience, much like T20 cricket did nearly 20 years ago.

He explained: “It first came to me when I was sat in a sports bar and had Man United playing in the Europa League on the TV.

“Then there was another just with the racing on in the corner. There was a bloke sitting next to me and I asked him if he saw the race, it was a brilliant three-way photo.

“I knew it was at Brighton, but he was asking what had happened, who was involved, who had won and I just had no idea.

“The sport is just completely anonymous at times. You think of Harry Kane, you think of him in a white shirt, England or Tottenham. When you think of Hollie Doyle what does that mean?

“Of course it’s different but there’s probably only Frankie Dettori who could walk down the street and get recognised.

“We don’t do a very good job of making the key players identifiable I don’t think. Throw in that they’re all on horses no one recognises.

“We aim to simplify it and present it in a format that is understandable.”

Celebrity team managers, DJs and bespoke colours, as well as an easy to understand but new and exciting format for the sport, are hoped will bring in new punters.

But Wray isn’t here to reinvent the wheel, just enhance a sport he already loves.

He said: “Racing lives in its own bubble and this bubble thinks they are relevant to the outside world when they’re not.

“But none of them want to do anything about it. That’s what’s exciting, if we can get some proper exposure and break that chain. I’d like to think we can find a permanent spot on the racing calendar. At this time of the year, you’ve had four of the five Classics, Ascot is done and it’s summer.

“There’s good racing from now until November but it does all feel a bit lopsided.

“There have been a few similar things talked about in racing and never got off the ground so we have to go now.

“There will always be naysayers and it’s easy to criticise but there seems to be a buzz around this. Lots of people are looking forward to it and the trainers are all plotting which horses are going where — at least six of them have told me they are going to win it.”

With just shy of £2 million up for grabs through the competition, no wonder the biggest and best have been queuing up, especially given current low prize-money levels.

Wray added: “The prize-money factor is inevitable isn’t it, when you’re trying to find a headline number to get people’s attention.

“It had to be worth people wanting to compete for it and create a bit of rivalry.

“One of the key things was making the overall prize ‘winner takes all’ as that adds a little spice. We want some of that rivalry you see in other sports that is missing in racing.

“I’ve always wanted to see a bit more of a Arsene Wenger vs Alex Ferguson-style spat on the touchline.

“And if we get to the last meeting at Newcastle and there’s a couple of hundred grand on the line then you never know.”

Whether we see John Gosden squaring up to Richard Hannon is not quite make or break.

But with a week to go, the time for talking will soon be over as the Racing League rolls into town.