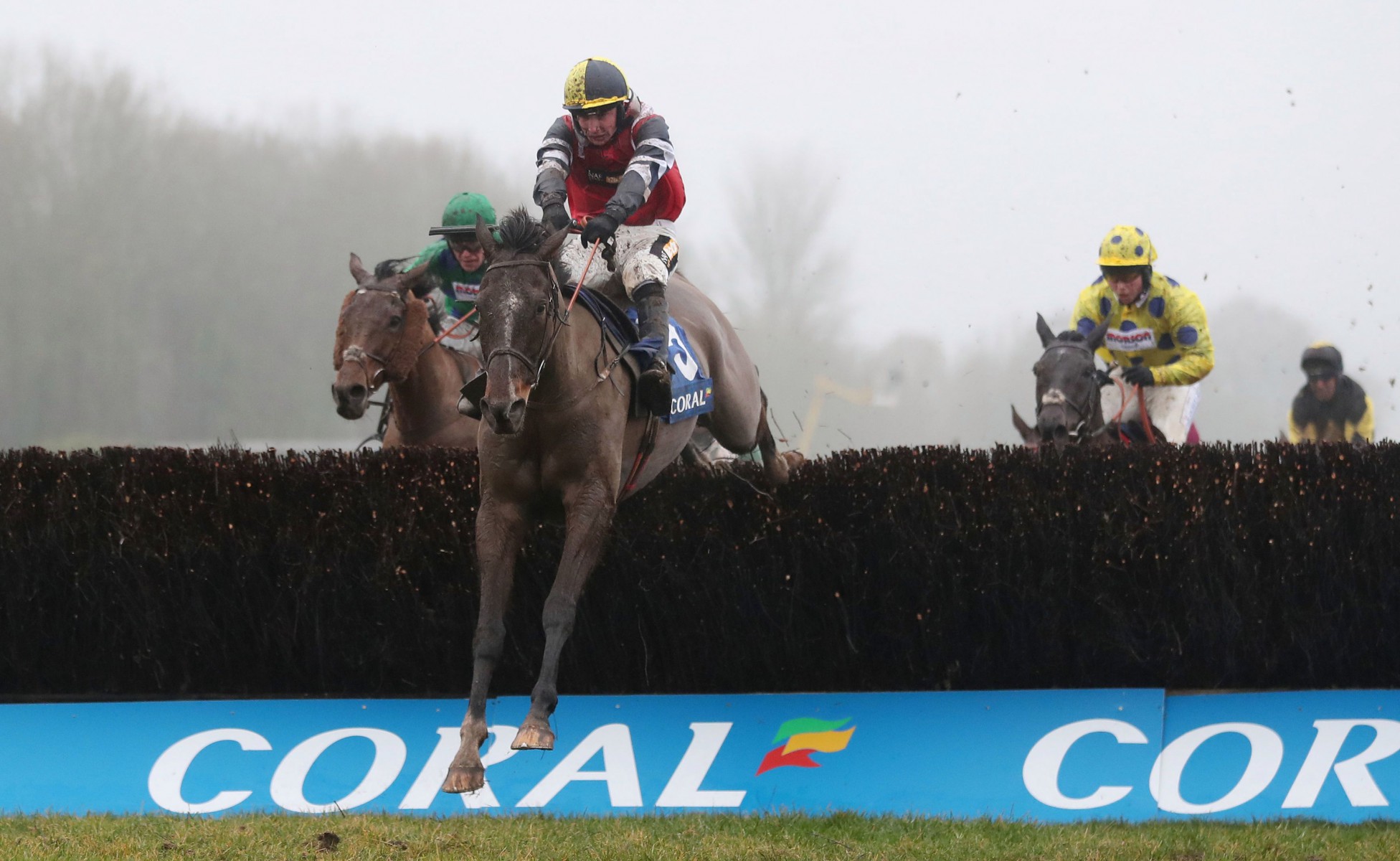 IT was a case of job done for Welshman Christian Williams as his Potters Corner landed the Welsh Grand National at Chepstow.

The plan was hatched last spring and his staying star did the country proud in the mud, staying and jumping on gamely under lesser-known rider Jack Tudor.

Potters Corner (8-1) won the Midlands National last season and the syndicate-owned horse – which includes Welsh rugby star Jon Davies – had this has his Plan A ever since.

A couple of pipe openers over hurdles seemingly did the trick as the pair punted round for much of the way just off the lead.

They hardly put a foot wrong as they moved up to take the lead up the long Chepstow straight and passed Yala Enki – who plugged on for third – and The Two Amigos.

It was a case of jumping the last two after he moved to the front and youngster Tudor kept his cool to ease his horse over the last pair to the cheers of the locals.

Thats how you win the Welsh National

A delighted Williams said: “It’s brilliant but I’ll be getting nagged by the wife as I told her not to come today and go to Newbury instead tomorrow where it’ll be a better day.

“Jack gave him a brilliant ride but it’s no surprise to me as I know just how good he is, he was always going to ride him.

“Not many horses that win over four miles on heavy could do what he’s done over hurdles so he has class and that showed again here.

“The ground was in his favour and we knew it would be. It’s great for us and high profile wins like this will help put us on the map more.”

Earlier on the card freakish Allmankind showed he would run through a brick wall for Harry Skelton with a devastating win in the Grade 1 Juvenile Finale.

Dan Skelton’s three-year-old was cut into 8-1 for the Triumph at Cheltenham after not one rival could lay a glove on him.

He bounced off at Nunthorpe-like fractions and nearly threw his jockey off around the home bend but powered clear late on as Irish raider Cerberus tried in vain to close the lengths.

Harry Skelton said: “He has some engine and I couldn’t believe how he picked up down the straight, not many horses can do that, let alone at three.

“He’s a bit of a freak to be honest. He’s starting to settle a little bit more which is nice but it took me unawares down the back and I was worried for a second.

“But when I went back down the hill he took off and I knew they wouldn’t catch me. To do that at three he must be pretty good!”

Advertisement. Scroll to continue reading.
In this article:Cheltenham, Chepstow, Newbury