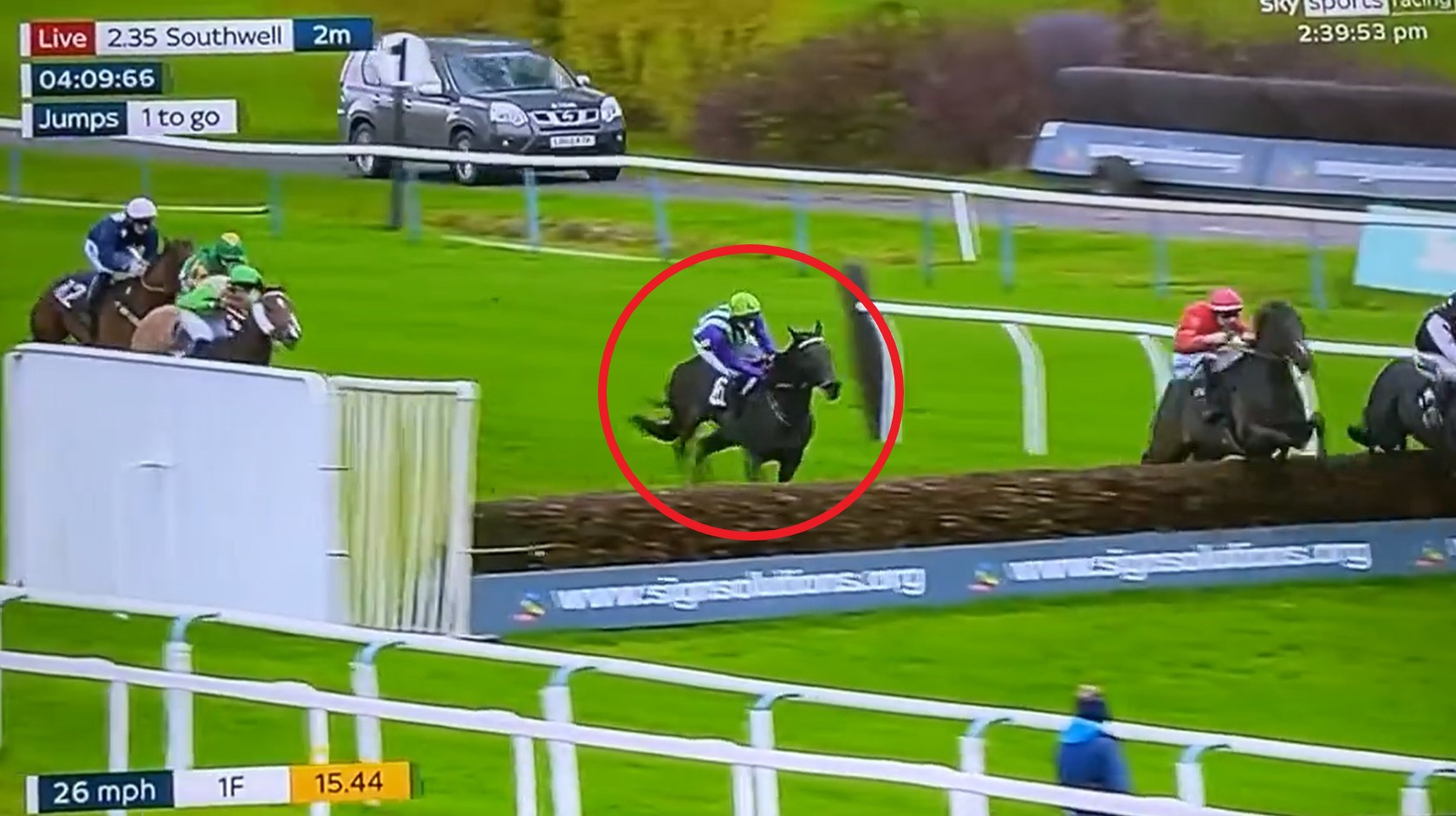 RACING punters were left completely baffled after a jockey who looked to have a great chance of victory bizarrely fell at the final jump.

One bettor was left saying ‘what have I just seen?’ after poor apprentice Luke Scott was unseated in dramatic fashion.

Apprentice jockey Scott then lost control of the ride 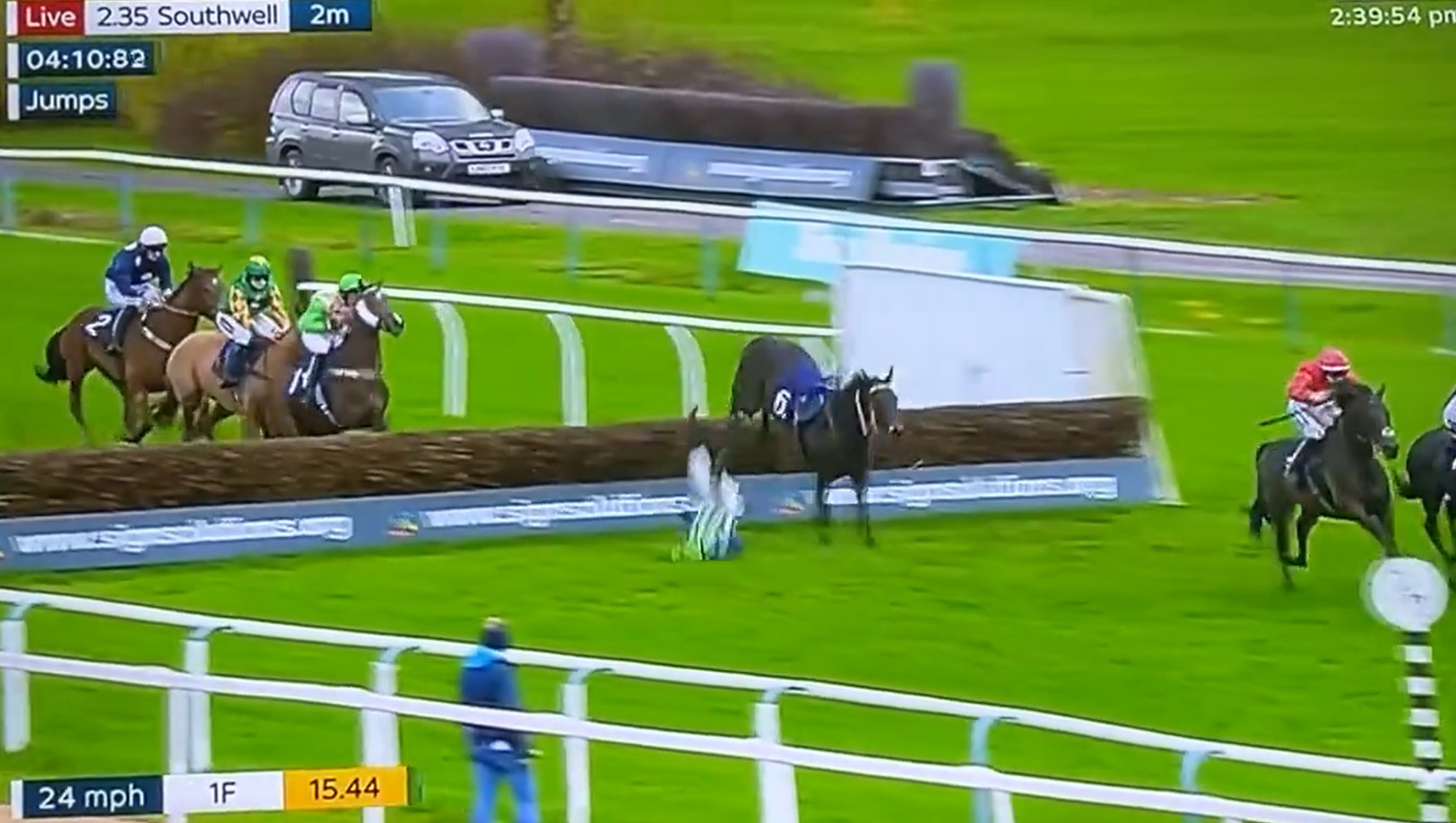 He was thrown into the turf in dramatic fashion, smashing the turf head-first

Scott stormed down the outside on 5-1 Misty Mani in a 2m handicap hurdle at Southwell on Tuesday.

But just as he looked like claiming the lead, Scott veered left on the seven-year-old Peter Niven-trained mare, then leaned right before spectacularly falling off.

He crashed through the hurdle and smashed into the ground.

Fortunately the jockey and his horse appeared unharmed in the incident – which came at the end of an action-packed race that saw another two jockeys take tumbles.

The way Scott fell caught the attention of punters – although there seemed to be an explanation for it.

On close inspection it looked like Scott’s saddle may have slipped approaching the last, hence his lean to one side.

Being out of control on a 500kg horse travelling at 30mph often means the only way to right that wrong is by going down.

Sky Sports Racing cameras captured Scott clatter into the hurdle before ending in a heap on the floor.

The race was eventually won by 33-1 outsider Razzo Italiano, who created his own controversy at the start when bashing into another horse and unseating rider Tom Bellamy.

Commenting on Scott’s nasty fall, one punter said: “What have I seen there?”

While one, possibly talking out of his pocket, joked: “If that was football you’d get a red card for diving!”