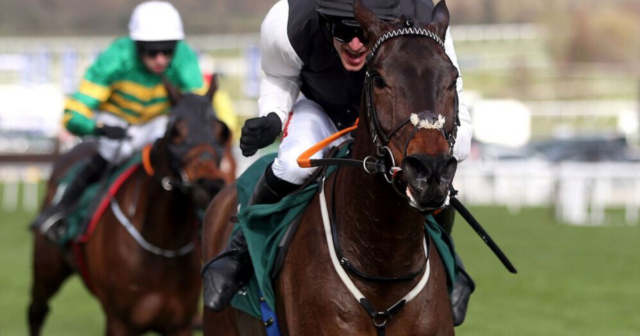 CHELTENHAM FESTIVAL, the Grand National and plenty more in between – yes, the jumps is nearly upon us once more.

Of course, truth be told, the season never really stops.

But as punters look for clues in who to back early in the run up to March, one date in particular sticks out as one to keep an eye on.

Here, SunSport looks at the key fixtures coming up.

Keep the weekend of Saturday, October 9 free in your diaries.

The official curtain raiser of the National Hunt season kicks off at Chepstow with the two-day Unibet Jumps Season Opener.

Action gets underway on Friday, October 8, with a seven-race card starting at 1pm.

The £60,000 Grade 2 Unibet Persian War Novices’ Hurdle is the feature, with Paul Nicholls making it his own in recent years.

On Saturday it’s the £75,000 Wasdell Group Silver Trophy Handicap Hurdle, won in the past by the likes of Grand National hero Don’t Push It.

Meanwhile, the Listed £35,000 Dunraven Windows Novices’ Chase has seen many stars of the sport make their debut over the big obstacles including Cue Card, Silviniaco Conti and Clan Des Obeaux.

Later in the month (Oct 22-23) Cheltenham welcomes punters back before two big meets in successive months.

The November Meeting from Friday, November 12 to 14 features the Paddy Power Gold Cup.

The International on Friday 10 and Saturday 11 December provides more clues in the run up to the festival.

And in particular keep an eye on the JCB Triumph Trial Juvenile Hurdle, Caspian Caviar Gold Cup, Albert Bartlett Novices’ Hurdle and the Unibet International Hurdle, all on Saturday.

There is also the Ladbrokes Winter Carnival at Newbury in November and the famed Betfair Tingle Creek in early December.

The action keeps hotting up as the temperatures drop with the King George VI Chase at Kempton on Boxing Day.

And on December 27 a legend is honoured with the Desert Orchid Chase, again at Kempton.

Two more meetings take place at Cheltenham in January (including a bumper card on New Year’s Day) before things settle ahead of the festival on March 15-18 2022.

But keep an eye out on racing over the sea in February, with the massive Dublin Racing Festival on February 5-6.

A keen look at all these meetings should give shrewd punters plenty of indication as to who can scoop the top prizes in March.

Did you miss our previous article…
https://www.sportingexcitement.com/horse-racing/trueshan-out-of-clash-vs-stradivarius-and-a-non-runner-again-as-frankie-dettoris-ride-goes-huge-odds-on-favourite