‘When will this BS stop?’ – Fresh ‘elbowgate’ storm hits racing as Kentucky Derby hero accused of ‘doing a Soumillon’
Advertisement 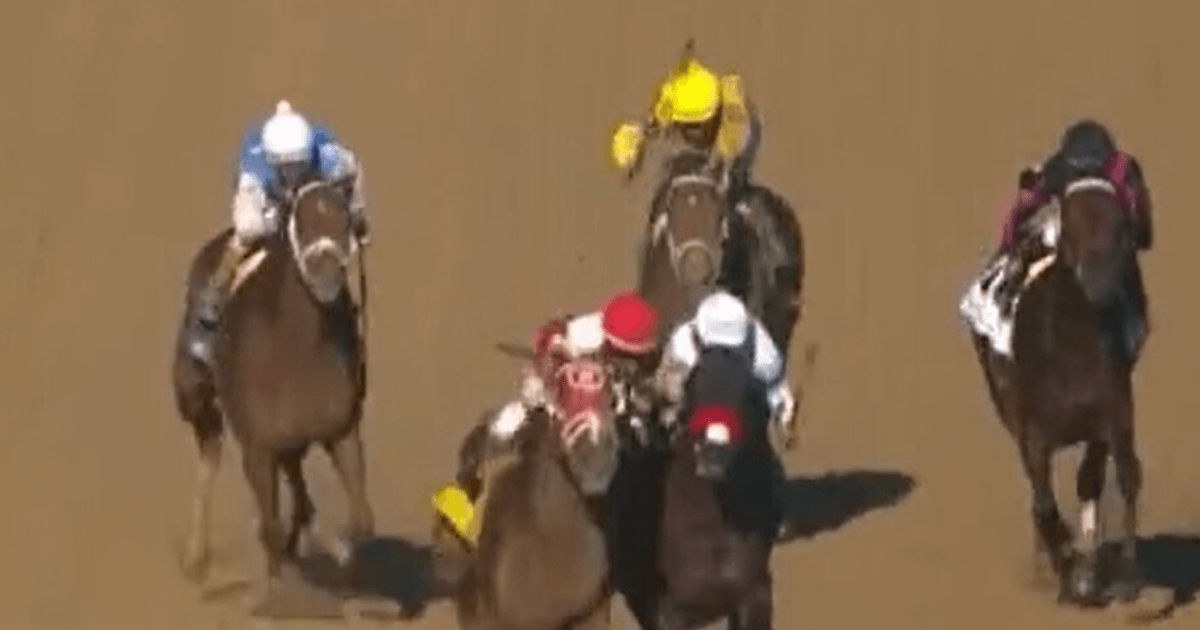 THE latest ‘elbowgate’ storm to hit racing has left punters asking: “When will this BS stop?”

Christophe Soumillon shocked the racing world when he shoved Rossa Ryan out of the saddle at Saint-Cloud racecourse last Friday.

As much as I’d like to praise how well Rich Strike ran today, this is pretty bad stuff from the jock. Obviously crossing a line. A suspension is warranted for these kind of shenanigans. pic.twitter.com/YwOR6wCqUE

Ryan was lucky to avoid serious injury and Soumillon was banned for two months.

Another jockey in Ecuador got a lifetime ban for pushing a rival out of the saddle.

Now Kentucky Derby winner Sonny Leon has been accused of ‘doing a Soumillon’ after appearing to lurch into a rival in a race.

Rich Strike lost the Churchill Downs feature in a photo finish – with Gaffalione laughing at Leon after the race.

Reports surfaced on Sunday claiming Leon had been banned 15 days for his lunge – although there was no official confirmation.

But punters were united in their anger at what they perceived to be a dangerous ride.

One viewer wrote on Twitter: “Leon trying to do a Soumillon…”

Former jockey Richard Migliore said: “After watching the Lukas classic numerous times @SONNYLEON1 cost Rich Strike the win by pulling him over to Hot Rod Charlie and putting his elbow into @Tyler_Gaffinstead of going forward and driving to the wire.

“When does this BS stop? It’s horse racing not jockey racing. Enough.

“This was a blatant attempt at fouling another runner in my opinion.

“Race riding is an art. It’s subtle not shifting left or right dramatically or elbowing a rival.”

While a New York Racing Association official wrote: “As much as I’d like to praise how well Rich Strike ran, this is pretty bad stuff from the jock.

“A suspension is warranted for these kind of shenanigans.”

He said: “Sonny said the saddle loosened to the left.

“He said, ‘I started to lose my balance. The saddle slipped over and made me lean to the left’.”

Reed added: “If that doesn’t happen we win the race.”