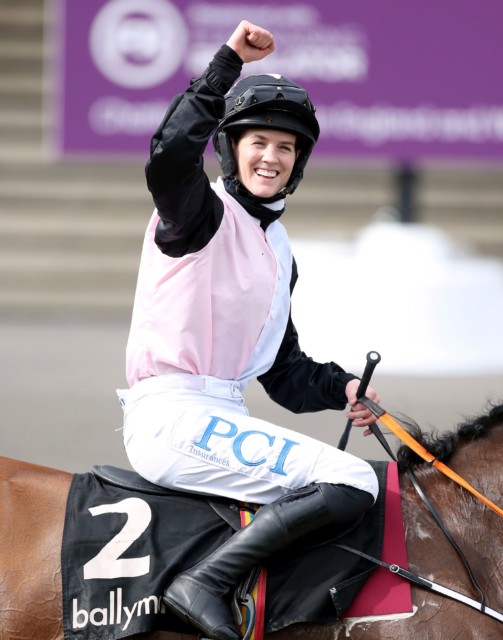 SHE was the star of the show at Cheltenham Festival and is now chasing more history in the Grand National.

But which horse will Rachael Blackmore ride in the world’s most famous race?

Which horse will Blackmore ride in the Grand National?

Blackmore will be desperate to make the right call after she gave up her ride on Gold Cup winner Minella Indo in favour of A Plus Tard.

Here, SunSport looks at four likely contenders and their odds for the Grand National.

And don’t forget, you can get £40 in free bets for the big race right here.

The most likely choice.

Already the eight-year-old’s odds have plummeted with punters certain this is the ride Blackmore will choose.

However, the selection comes with a warning.

The Henry de Bromhead-trained horse has never won over 3m – the Grand National is just over 4m.

Then again, Minella Times has never finished outside the top two in four starts with Blackmore in the saddle.

Another De Bromhead runner, this nine-year-old is now more closely linked to Robbie Power than Blackmore.

However, the pair did prove a winning combination at Gowran Park in February last year.

But they were most recently linked when Chris’s Dream was pulled up in the Ryanair Chase at Cheltenham, a race won by… you guessed it, Blackmore.

A lot of things would have to fall into line for Plan Of Attack to make the final field of 40 runners.

Also, Blackmore has bad memories of this eight-year-old.

She most recently rode him at Cheltenham, when falling off in the Kim Muir.

Blackmore has strong links to this ten-year-old – although their last race together ended in disaster.

The jockey was unseated on the 6-1 Cross Country Chase chance at Cheltenham – a contest won by Tiger Roll.

Blackmore has been in the saddle for ten of Balko Des Flos’ last 12 rides, but the duo have never won together.

Verdict: Minella Times looks by far the most likely option.