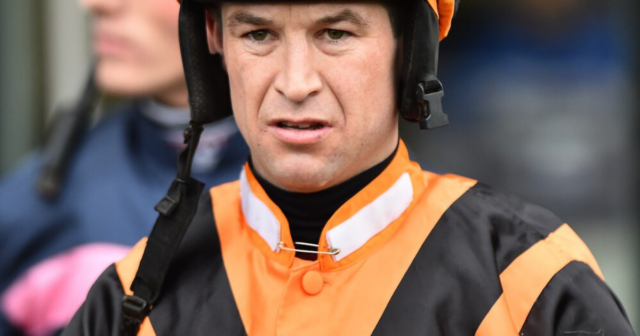 JOCKEY Robbie Dunne has been charged by the British Horseracing Authority over bullying allegations towards Bryony Frost.

The jockey, who is from Ireland, was charged with ‘conduct prejudicial to the integrity or good reputation’ of racing last April.

A 120-page document, compiled by Chris Watts, then head of integrity at the BHA, details the allegations.

Here, Sun Racing tells you everything you need to know about the case that has rocked the sport.

WHO IS ROBBIE DUNNE?

Dunne is a 42-year-old jumps jockey from Ireland.

His biggest win came in the 2015 Scottish Grand National on 25-1 shot Wayward Prince.

That victory earned connections £120,000 and came just two months after Dunne won £32,500 for victory in the Grimthorpe Chase on the same horse.

His last big win in the saddle came on Dragon Bones in the Listed Virgin Bet Mares’ Novices’ Hurdle at Doncaster on March 6 this year.

In the past five years, Dunne has earned just shy of £1.5million from National Hunt racing in Great Britain.

His last race was on Dorking Rogue on August 18 this year, where he fell.

WHAT IS HE ALLEGED TO HAVE SAID TO FROST?

Dunne was charged with ‘conduct prejudicial to the integrity or good reputation’ of the sport.

The charge can carry a ban of up to three years.

Dunne’s legal team have reacted angrily to the leak of the details from within the BHA.

They claim it shows the sport’s governing body have ‘completely lost control of this case’.

One alleged incident between Dunne and SunSport columnist Frost, 26, occurred at Southwell on September 3 last year.

Dunne’s mount, Cillian’s Well, was fatally injured in a fall, an incident he alleged came about by Frost not keeping her horse, Wisecracker, straight.

According to the leaked report, Frost told BHA investigators that Dunne had said to her: “The next time I ride against you I promise I will put you through a wing (the rail marking the edge of the course).”

Frost’s statement also claimed: “After threatening me, Robbie walked off. It was at that stage when I felt I had had enough. I couldn’t take his bullying and threats any longer.

“I asked, ‘Robbie, what’s your problem?’

“He responded aggressively, ‘my problem is you murder (cut across) f***ing everyone and I promise you the next time we ride against each other I am going to hurt you’.”

Frost claimed the incident left her ‘very shaky’ and that she later ‘burst into tears’.

According to the report, Cillian Well’s trainer John Flint believed Frost’s carelessness had caused the fall.

However, no official evidence was found to support this.

Dunne claimed that after this incident he received an anonymous phone call threatening to break his legs and reported it to the Professional Jockeys’ Association.

The leaked report includes further claims from Frost that animosity between the two had been building since 2017, when Frost was still an amateur.

Frost claimed: “I recall being in the men’s changing room and he would stand in front of me naked. I didn’t want this and none of the other jockeys were like that.

“I would try my hardest to avoid him at all times. He was the type of person that I did not want to be around.”

‘Murder’ is jockey talk for being cut up in a race.

In her statement to the BHA, Frost claimed: “Robbie cantered up to me and said something on the lines of, ‘you’re a f***ing whore, you’re a dangerous c***’, and ‘if you ever f***ing murder me like that again, I’ll murder you’.

“I didn’t know what he was talking about. I had ridden the inside line the majority of the way and no one had given me a shout (asking for space).

“The sport is dangerous enough without adding to it and you don’t want to hurt anyone.”

Dunne claimed Frost’s report was inaccurate and, asked by investigators what he ‘might’ have said, replied: “What were you doing there? That’s dangerous.”

After interviewing other jockeys and valets, the BHA concluded there is a ‘cultural issue in which threatening behaviour is condoned and not reported in the weighing room’.

The BHA said it had been ‘difficult’ to get witness evidence.

The investigation into the case is said to have been completed in April and the regulator said the matter is close to being concluded.

The BHA said: “This case is close to reaching its conclusion, with directions hearings scheduled for the near future.”