Will the Queen finally achieve lifelong dream of winning Epsom Derby? Her ‘impressive’ horse all the rage for big race
Advertisement 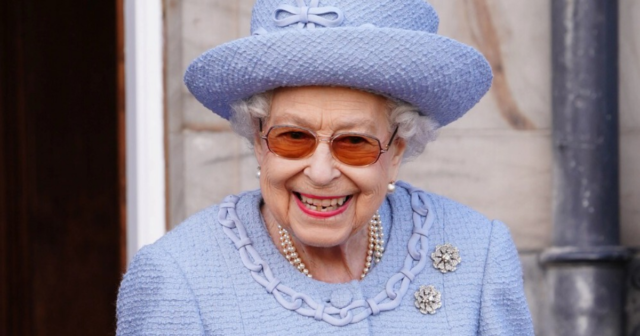 SHE has gone her whole life without winning it and couldn’t be there to watch it in person this year.

But it appears Her Majesty has a great shot at achieving the goal that has always evaded her in 2023.

Does The Queen have a future Epsom Derby winner in her hands in the shape of Desert Hero?

Desert Hero (Sea The Stars) makes a big impression on debut for Her Majesty The Queen, William Haggas and @TomMarquand at @haydockraces pic.twitter.com/d3dWV0V620

That’s because her horse Desert Hero is all the rage for the Epsom Derby after a ‘very impressive’ debut performance.

Reach For The Moon was one of three horses the Queen had entered for this year’s 1m4f contest at the Surrey racetrack.

But all of them were scratched from the race won by Desert Crown, who scooped more than £900,000 for connections.

The Queen’s famous silks were back on show at Haydock on Thursday, though, where Desert Hero’s win was part of a 422-1 four-timer for jockey Tom Marquand.

The two-year-old quickened away smartly to win the seven-furlong contest by nearly three lengths from Captain Winters.

Her Majesty could not have a better trainer for the big occasion in William Haggas.

And Marquand was full of praise for the work the Somerville Lodge supremo has done so far.

He said: “That was really impressive.

“He was learning on the way down and on the way around, the penny really dropped two-out.

“He actually surprised me as to how quickly and well he did it – he jumped up into gear pretty quickly.

“There’s plenty to work with for the future.”

Desert Hero, whose pedigree suggests he will relish the stiffer test of the Derby, earned a quote of 33-1 for next year’s race.