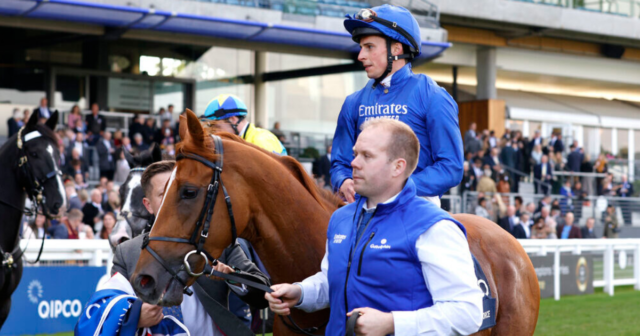 WILL BUICK’S agent has fired an early warning shot to Oisin Murphy ahead of next season’s already much-anticipated title fight.

Murphy was crowned champion for a third season in a row on Saturday after an intense battle with Buick.

Buick won on Creative Force in the Champion Sprint on Saturday

And Buick’s right-hand man Tony Hind is already licking his lips, desperate to get his man the trophy next year.

Hind, who has steered Ryan Moore and Richard Hughes to the championship, said: “I’m fine about it all as next year is another year. William is only 33 and we’ve got plenty of time on our hands.

“Halfway through last week I thought we would do it, but it wasn’t to be. We had a lot of help from trainers we wouldn’t usually use and a lot of work goes on behind the scenes.”

Despite a win on Creative Force on Champions Day, Buick finished two behind Murphy who is even money favourite to win a fourth title next year, with Buick a 13-8 shot with William Hill.

Hind wasn’t drawn into alleged behind the scenes tactics where trainers were emailed to warn them from using Buick in the final weeks of their ding-dong battle, but is clearly smarting at getting so close.

Speaking on Luck on Sunday, he added: “Will was in great form, it wasn’t phasing him at all and I’m still so proud of him and what he achieved.

“Next year, Mr Murphy and his agent, they’re going to have to bring their A-game.

“We had four Group 1s at Ascot on Saturday between our riders, I wouldn’t have swapped that for the title as I can win that with William next year.

“I spoke to him about it after Ascot and said I’m going to go at it from the start with you, are you up for it? He said, ‘what do you think?’ That’s all I needed to hear.”