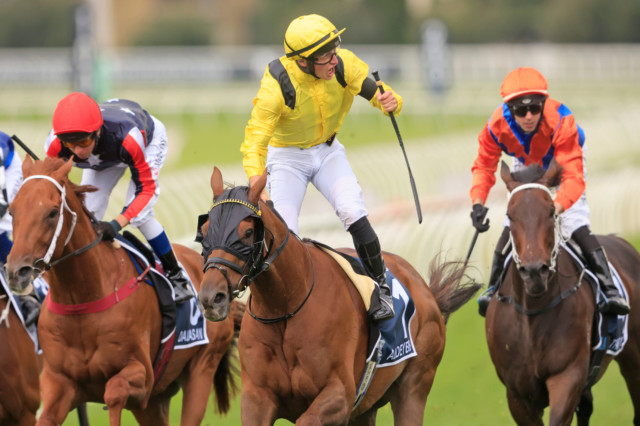 WILLIAM Haggas is hoping Addeybb can hit his Coral-Eclipse rivals for six.

The seven-year-old is due to make his first start since bagging a valuable race in Australia in April.

Haggas’ stable star is at his best when the mud is flying – and he is unlikely to get his ideal ground this weekend.

But his top trainer is keen to take his chance at Sandown, with top-class three-year-old St Mark’s Basilica and John Gosden’s Mishriff lying in wait.

Haggas said: “You can’t keep practising at home in the nets and not get out in the middle. He needs a run.

“He’s in good form and he’s ready to race. We’ve had this in mind since he got back from Australia.

“We know that he loves soft ground and he is not quite as effective on good, but he’s still pretty good.

“My forecast says there’s a chance of rain on Friday and on Saturday but who knows – what will be will be.”

Mishriff, who has already earned his connections two huge paydays in Saudi Arabia and Dubai this year, is the 13-8 favourite just ahead of 7-4 shot and dual French Classic winner St Mark’s Basilica.

Trainer David Menuisier, who still has his filly Wonderful Tonight entered in the race, hit out at the number of runners entered up in the Sandown feature earlier this week.

But Haggas reckons it’s a race with plenty of depth, despite the small field.

He said: “This is what this race is all about. It’s the clash of the generations.

“You’ve got Mishriff, who won a French Derby and really excelled in Saudi Arabia and Dubai, and then our fella who keeps battling away and bashing away. He’s as reliable a yardstick as you can get.

“If the ground came up soft, heavy in places, our chance would increase and maybe St Mark’s Basilicia’s wouldn’t, so who knows what’s going to happen.”